Fiat Chrysler Automobiles on Tuesday received approval and tax incentive agreements from Detroit and Michigan officials to support production of next-generation Jeeps, namely a redesigned Grand Cherokee, a new model with third-row seats, and a body-on-frame Wagoneer and Grand Wagoneer.

Michigan will provide tax incentives valued at $223.5 million and contribute a total of $261 million to support additional FCA production in the state, Governor Gretchen Whitmer said in a speech on Tuesday, The Detroit News reported.

Part of the state funds is a $55 million bill for land assembly activities including land acquisition and site preparation. This included a land swap deal with Detroit billionaire Manuel Moroun, whose businesses control portions of the city including the Ambassador Bridge that crosses over to Canada.

In return, FCA will invest $4.5 billion in five Michigan sites and create close to 6,500 jobs. Those jobs are expected to pay an average of $58,000 annually, FCA North America Chief Operating Officer Mark Stewart revealed to The Detroit News. 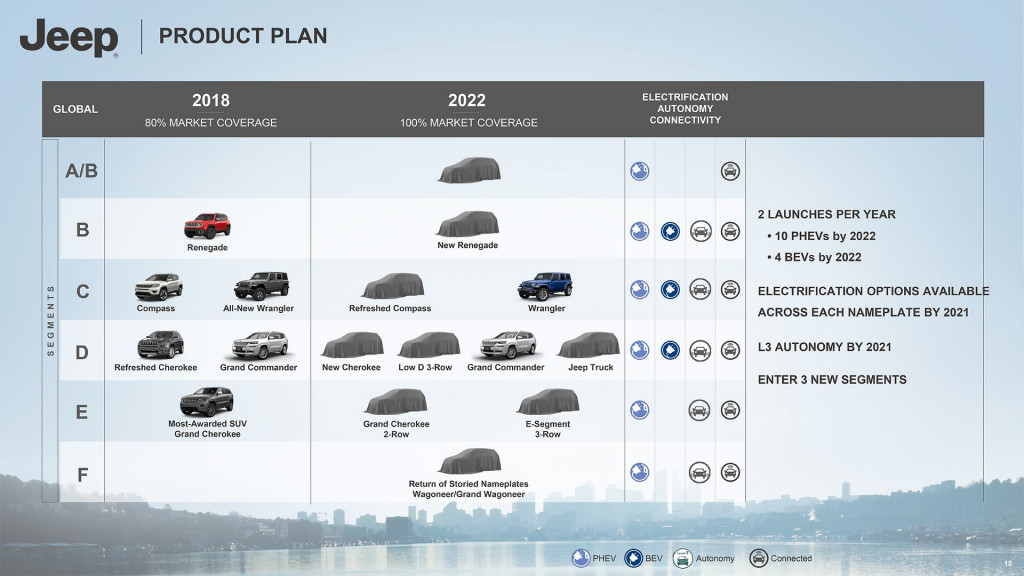 The plans were announced in February and will see the establishment of Detroit’s first major automotive plant in nearly 30 years.

The new plant will be constructed at the site of the Mack Avenue Engine Complex, which currently assembles V-6 engines. It will be used for the new 3-row Jeep due to enter production in late 2020 and the redesigned Grand Cherokee due to roll off the line in the first half of 2021.

The plans will also see the adjacent Jefferson North Assembly Plant retooled and modernized to support production of the current Dodge Durango and additional examples of the redesigned Grand Cherokee.

And finally the Warren Truck Assembly Plant is to be retooled for production of the Wagoneer and Grand Wagoneer. The big SUVs are tentatively due to start production in early 2021.