The DeLorean has finally returned, but instead of a flux capacitor the reborn icon is battery powered.

On Monday, the DeLorean Alpha5 broke cover in its production design ahead of the car’s formal online debut set for May 31. With gullwing doors, seating for four, and lots of LED lightning, the car features a few nods to the past while firmly planting itself in the electric era. 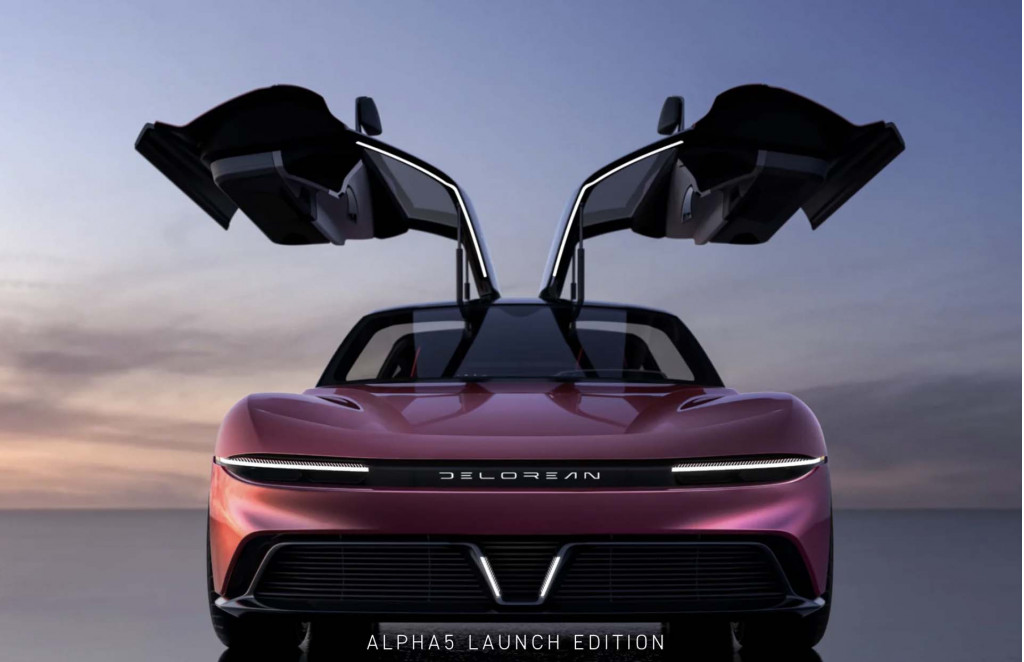 Not going back to the future

Like the DMC-12 of the late 1970s, the Alpha5  was penned by Italdesign. However, it’s not a throwback or typical reimagination of a cult classic, and the body is not made of stainless steel. The clean-sheet design features horizontal LED headlights and taillights, a fan-like wheel design, massive gullwing doors, gullwing outlines in the lower front grille and rear valence, a louver-like design on the rear window, and the world DeLorean on the left side of the rear bumper, but the nods to the past seem to stop there. 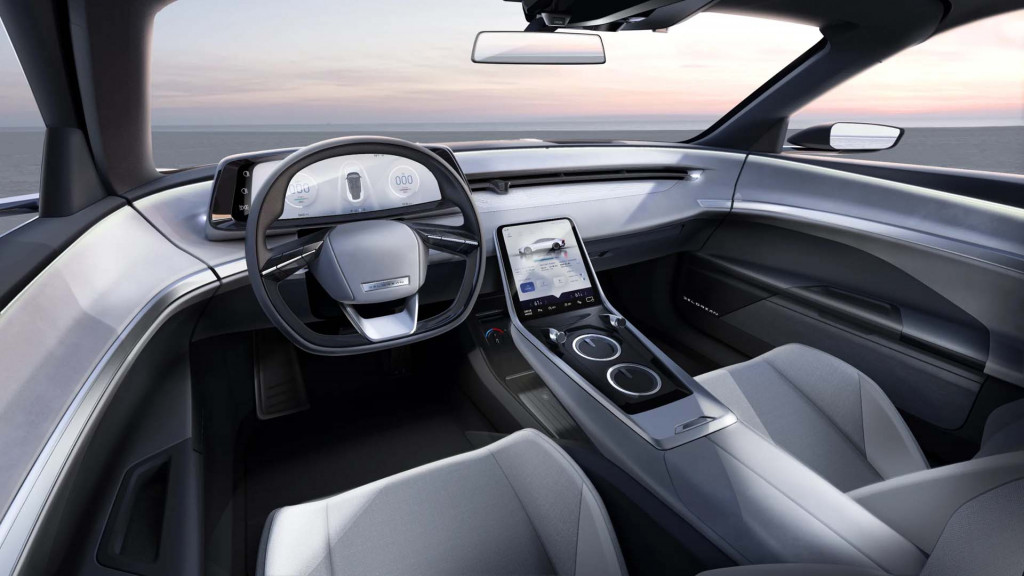 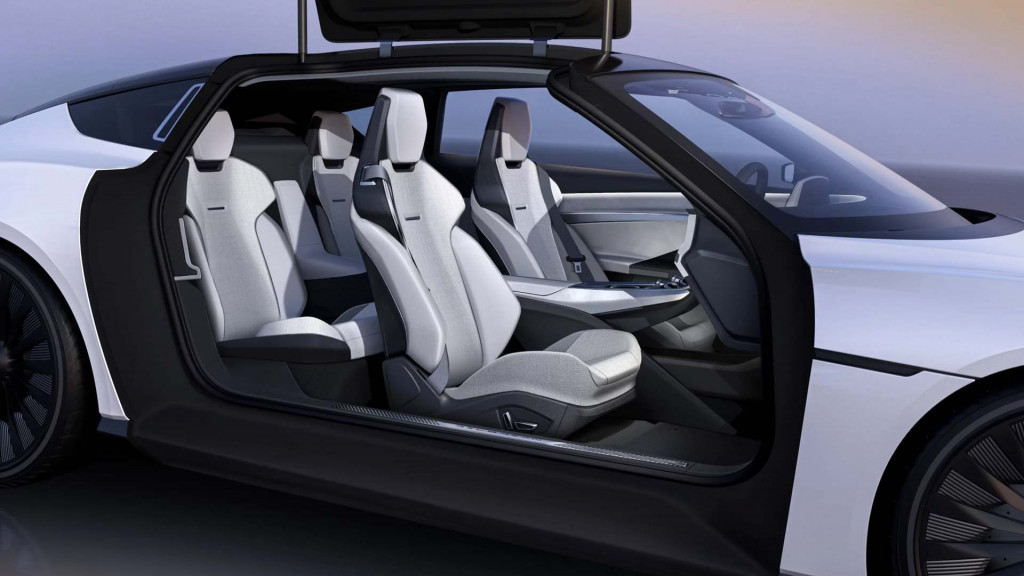 The cabin appears to be completely modern with an almost Porsche Taycan-like design. A digital gauge cluster and floating touchscreen infotainment system grab the eyes, and the climate controls are set low behind the touchscreen infotainment system. Based on photos, the four seats are upholstered in a wool-like material, possibly with some leather portions. The rear seats are full size, but they may lack much leg room, possibly making the car a 2+2 rather than a true four seater. 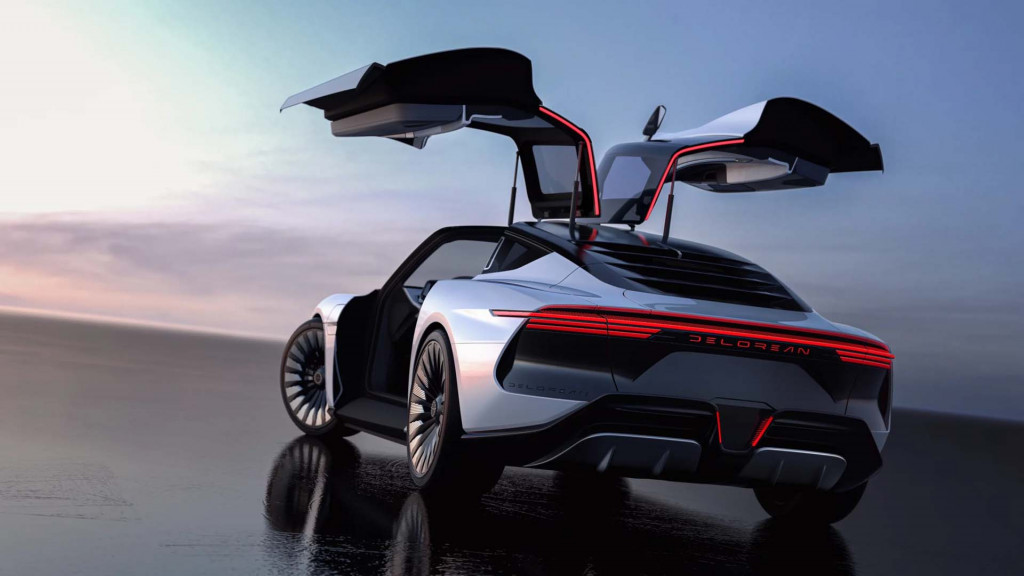 This baby is electric

The Alpha5’s battery pack is larger 100 kwh and can fast charge at a rate of about 150 kw. DeLorean says the range will exceed 300 miles thanks in part to an estimated 0.23 coefficient of drag.

DeLorean hasn’t talked about the Alpha5’s motors yet, but Chief Marketing Officer Troy Beetz told MA “You could assume that with most EV sports cars, all-wheel drive would be a must as would a flat floor battery.” We take that to mean there will be a motor up front and one in the back.

DeLorean said the Alpha5 has an estimated top speed of 155 mph, sprints from 0-60 mph in 3.0 seconds, and hits 88 mph in 4.4 seconds. Any speculation that it travels back in time at that speed is purely conjecture.

Beetz told MA the new DeLorean will “be a driver’s car, bringing back the joy of driving.” De Vries followed with, “in other words, it’s not an iPad on wheels.” 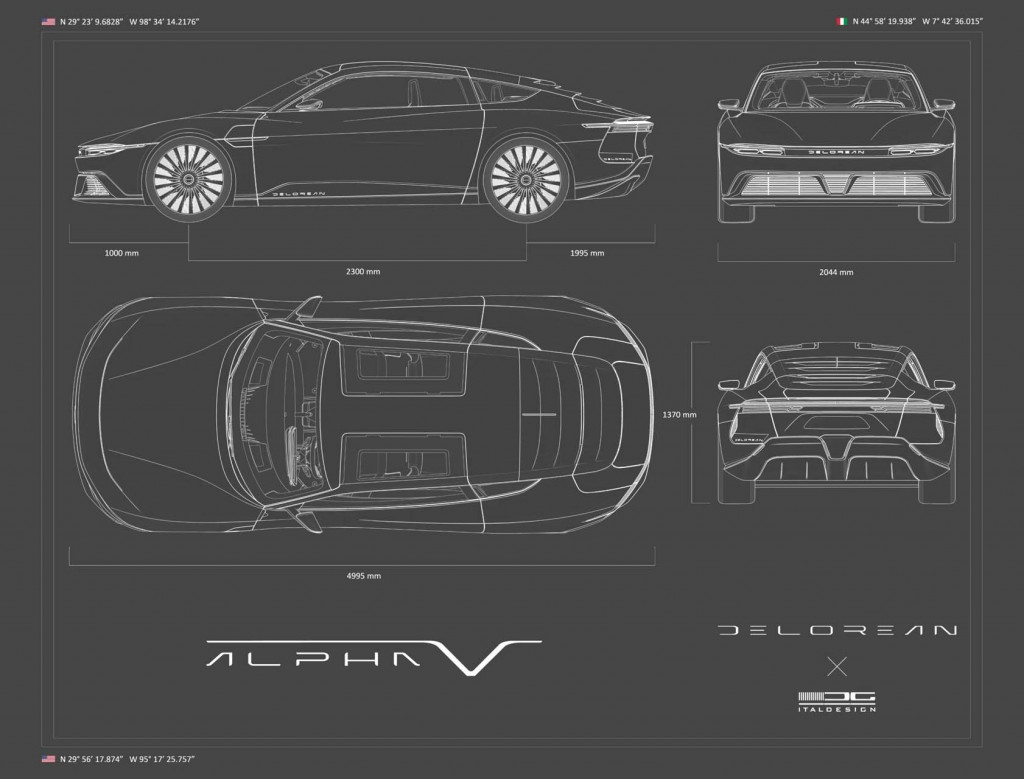 DeVries told MA the reborn DeLorean will be based on a new chassis structure with a carbon-fiber tub.

The Alpha5 will make its public debut at the Pebble Beach Concours d ‘Elegance Award ramp on Aug. 18 and appear on the Concept Lawn during Monterey Car Week on Aug. 21. 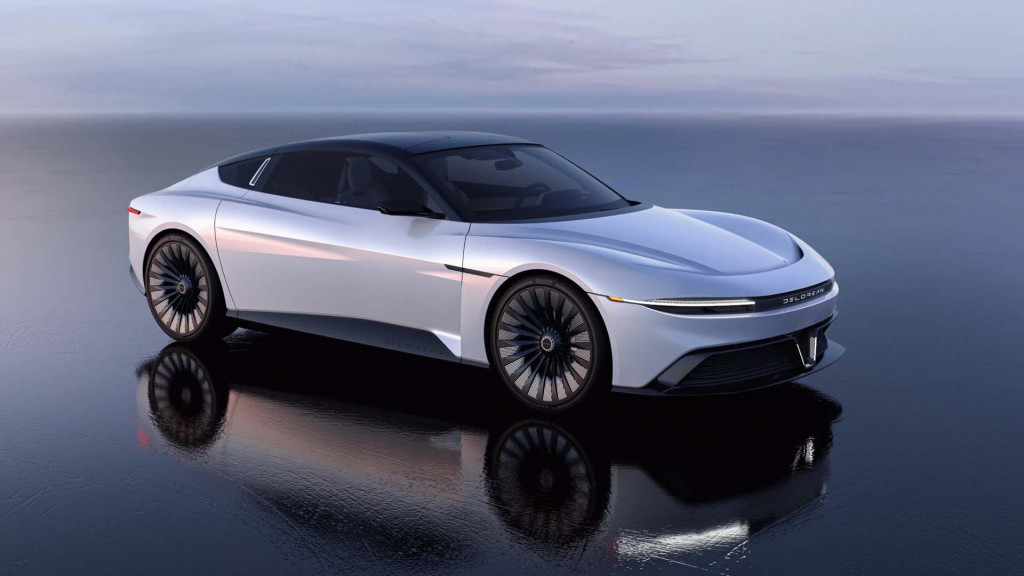 DeVries told MA DeLorean can’t survive as a company with just a coupe as it’s a niche market. Other models are set to augment the Alpha5. Quietly placed on the Alpha5 microsite are the graphics for an Alpha, Alpha2, and Alpha3. Curiously absent is an Alpha4. No information on these other models has been shared or teased, but DeVries told MA these other vehicles will represent larger segments in the marketplace and each will feature its own platform.