Here’s your complete guide to everything you need to know about performance car air filter and induction kits.

Performance car air filters are pretty simple. What they do, unsurprisingly, is filter the dust and dirt particles from the air sucked in by the engine before they reach any sensors or engine components and cause damage. They generally sit at the start of the induction piping before any important sensors, such as air flow meters, and will be found in an airbox as standard.

They’re made in numerous shapes, sizes and materials, giving a varying cost and flow capability. It’s these variables, along with where they’re placed and how the air travels to them and then on to the engine, that determine how effective air filters are in a performance application. 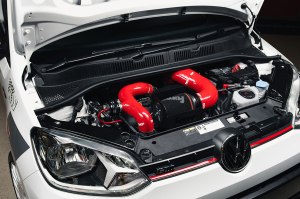 As with anything, filters can only process a certain amount of air for their size, so a filter that’s too small can restrict the power potential of your engine, sometimes significantly. The only real way to test this is to fit a vacuum gauge after the filter and check if there’s a vacuum. If there is, then the filter is too small. For most people though this is a complex job, and a little common sense will suffice; just fit the largest air filter that you can!

The extreme end of filter restriction is mostly seen on turbocharged engines, and it’s also the reason you often see metal intake pipes on tuned turbo cars. This is because if the filter is too small and restrictive, the vacuum can suck a rubber or silicone intake pipe shut under boost, sometimes even causing the car to cut out as it gets strangled of air. Even if your turbo intake pipe isn’t so restrictive that it gets sucked shut, any restriction causes the turbo to work harder to create the boost, increasing temperatures and lowering efficiency, therefore losing you performance. 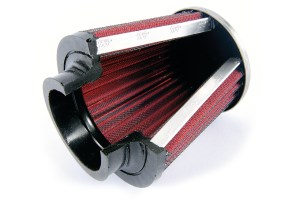 Filter elements are generally made from four different materials: paper, cotton, foam or metal. Almost all standard production car filters are paper and, while they’re not as high-flowing as other materials and aren’t washable, they’re cheap and effective – enabling them to be replaced at every service.

Cotton gauze filters are the most common material on aftermarket filters, being washable and offering good all-round performance. The only issue with cotton filters is they need spraying with filter oil to work best, which can sometimes cause problems on cars that are running air flow meters.

Foam filters are very high-flowing for their size, but generally don’t filter quite as well as cotton or paper. Although this is rarely an issue, unless you use the car in very dusty conditions. Wire mesh filters flow and filter similarly to foam ones and are easily cleaned, plus they also look pretty damn cool.

Overall, we’d say a cotton gauze filter is the most sensible overall option, but thankfully the UK roads aren’t too dusty, so as long as the filter isn’t particularly exposed to the elements, all of the styles on offer would be quite effective. 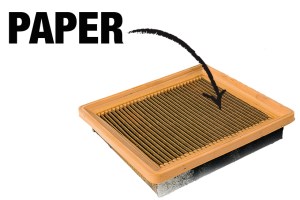 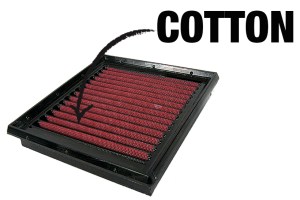 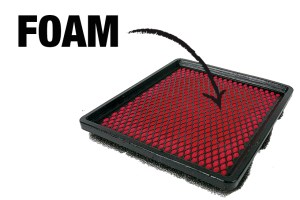 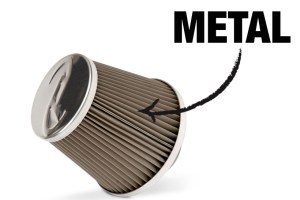 People have always debated which is best: a cone filter, or an uprated panel filter fitted in the original airbox. The simple fact though, is it depends on your car and the tuning work that has been done to it.

Without doubt, an airbox (provided it has a good cold air feed), gives cooler air than an open cone filter would. But, if the airbox is actually too small and a restriction, then you’re definitely better off with a much larger cone filter – even if it does end up sucking in slightly hotter air. 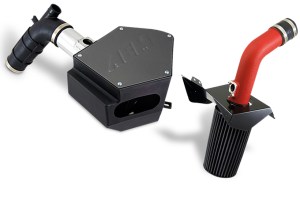 There are other variables too, such as if the cone filter is situated in an area of cold air, or if it is shielded and given a good cold air feed (thus making temperature less important). Plus, there’s a wide range of aftermarket airboxes and ram-air setups that are available as alternatives.

It’s worth noting that induction kits get a bad name for losing power as they’re tested on rolling roads, because there’s nowhere near the amount of cold air entering the under-bonnet area as on the road. With seat-of-the-pants road driving you can’t feel the losses often shown on the rollers, indicating they’re most likely amplified by the lack of airflow on the rollers. 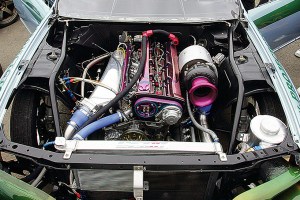 What If I Don’t Want To Run A Filter At All?

We’re sure you’ve seen some cars – drag cars especially – running without any air filter at all. While this may be a feasible prospect for a car such as that, we really wouldn’t recommend it on a road car. The reason they do this is simply because they can’t fit the filter in, or don’t want to go to the effort and expense of fitting a filter suitably big to not be a restriction. Remember though, they can get away with not having a car air filter as they’ll be running in a relatively dust free environment over very short distances.

On a road car however, even in the UK where it’s usually too damp to be very dusty, running on the road without a filter is asking for worn turbos and engine components in no time. So don’t do it!