The first pre-production examples of Byton’s M-Byte have started rolling off the line at the EV startup’s plant in Nanjing, China.

Photos from inside the plant were posted on social media by Car News China on Monday.

Pre-production vehicles are typically used for final testing as well as for certification and registration purposes. They also provide plant employees with an opportunity to iron out any production snags before the first customer examples are built. 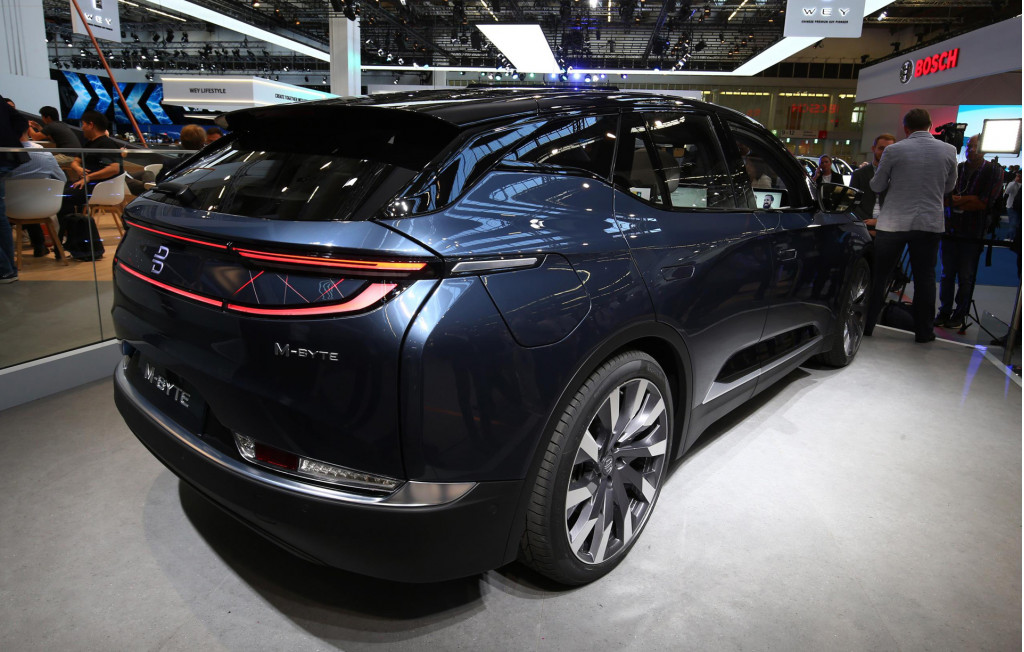 Byton plans to start customer deliveries of the M-Byte in China later this year. Byton has previously said it plans to start deliveries in European and North American markets in 2021, though it isn’t clear yet if disruptions caused by the Covid-19 coronavirus pandemic has had any effect.

There will be two versions initially. A single-motor, rear-wheel-drive model will be offered with a 72-kilowatt-hour battery pack. Peak output for this configuration will be approximately 270 horsepower. A dual-motor, all-wheel-drive variant with approximately 400 horsepower and a 95-kwh battery will be the range-topping model.

Range for the two-wheel drive model should top out around 200 miles with the all-wheel-drive variant touching 240 miles, on the WLTP test cycle. Both are equipped with a 150-kw on-board DC fast-charger. 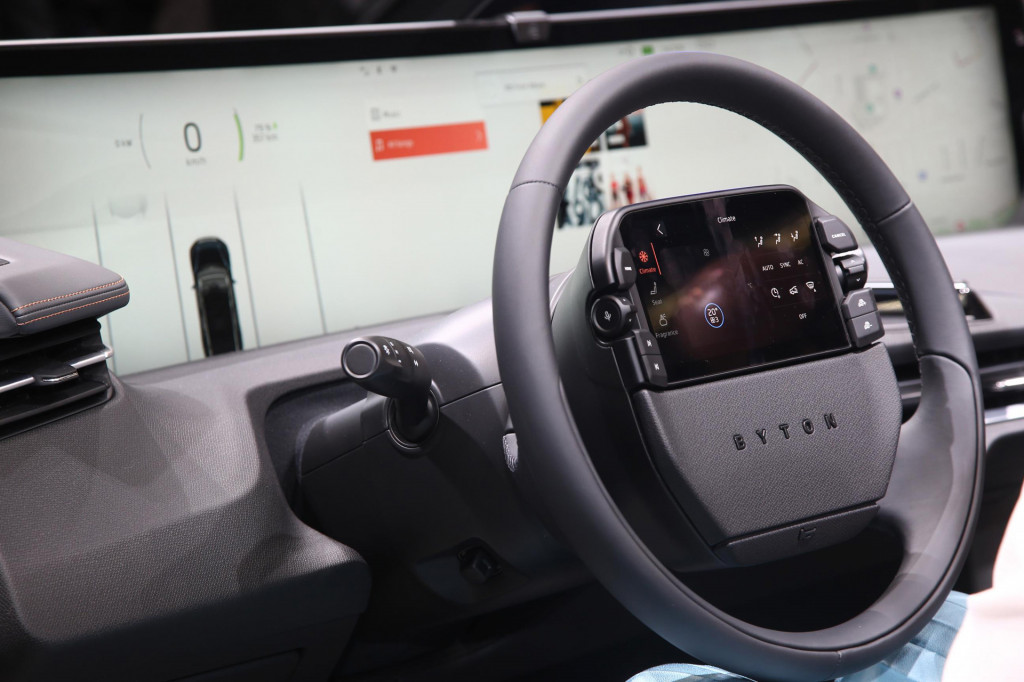 Inside, the M-Byte’s centerpiece is its dash-mounted, 48-inch curved display, which serves as both an infotainment hub and a driver information system. Extending nearly the full width of the M-Byte’s interior, Byton says it’s the largest display in any production vehicle.

At the reveal of the original M-Byte concept at the 2018 Consumer Electronics Show, Byton said the small SUV would come with a $45,000 base price. However, Byton’s long-term goal isn’t to sell cars directly to customers but rather to sell access to shared fleets. How such a model would be priced hasn’t been decided but could involve a monthly flat fee and then perhaps additional charges for mileage.

Byton has already hinted at a model to follow the M-Byte. In 2018, it also showed off a concept for an electric sedan called the K-Byte. This model is expected to start production in 2021.