Everyone can go home now. Bugatti just won the race to 300 mph.

On Monday, Bugatti announced a production prototype Chiron derivative surpassed the 300-mph mark as it hit a top speed of 304.773 mph at the Ehra Lessien test track with Andy Wallace behind the wheel. That speed sets a new world speed record for a production car.

Bugatti was light on many details and did not say whether the run was an average between two sprints, outside conditions, or the car’s setup. 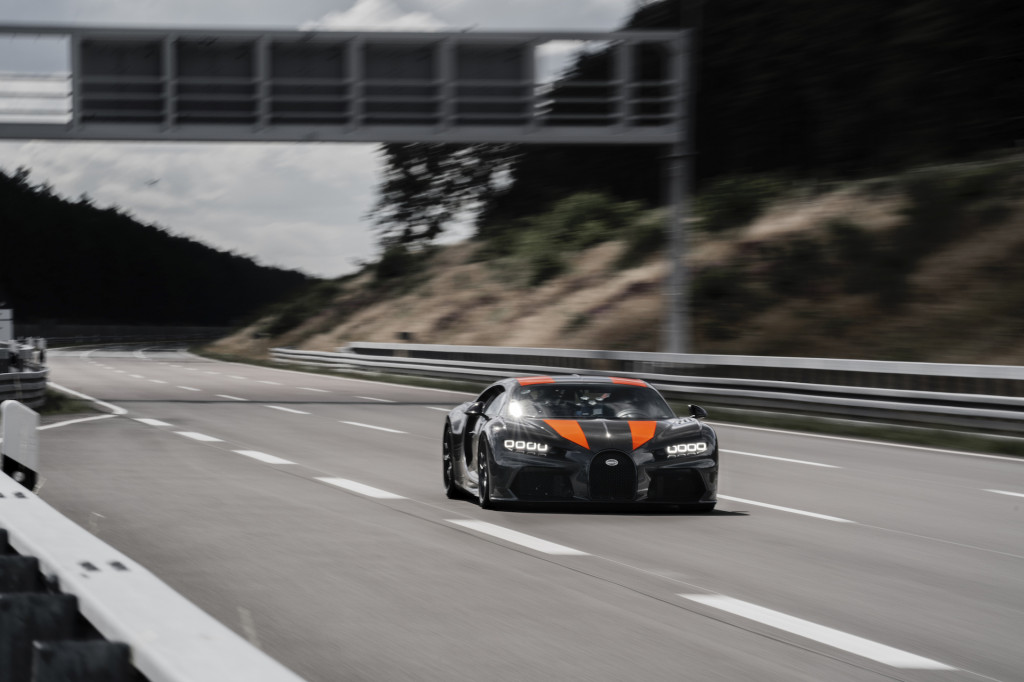 Multiple other automakers are in the hunt for the elusive 300-mph mark including SSC and its Tuatara, Hennessey and its Venom F5, and Koenigsegg and its Jesko.

SSC just delivered its first 1,750-horsepower Tuatara in August at the The Quail, A Motorsports Gathering. The automaker said it hopes to make a 300-mph attempt later this year.

Hennessey is expanding its facility in Sealy, Texas to build the Venom F5 hypercar. Founder John Hennessey told Motor Authority the automaker plans to perform a high-speed validation run late in 2019, and the man in charge would like the hypercar to hit 310.68 mph.

Koenigsegg was the current speed champ with its Agera RS with a two-way average speed of 277.9 mph set on a closed Nevada highway. The Swedish automaker has since introduced its new Jesko hypercar and a special variant, dubbed the “Jesko 300,” featuring different aero from the standard model intends to break the 300 mph barrier. 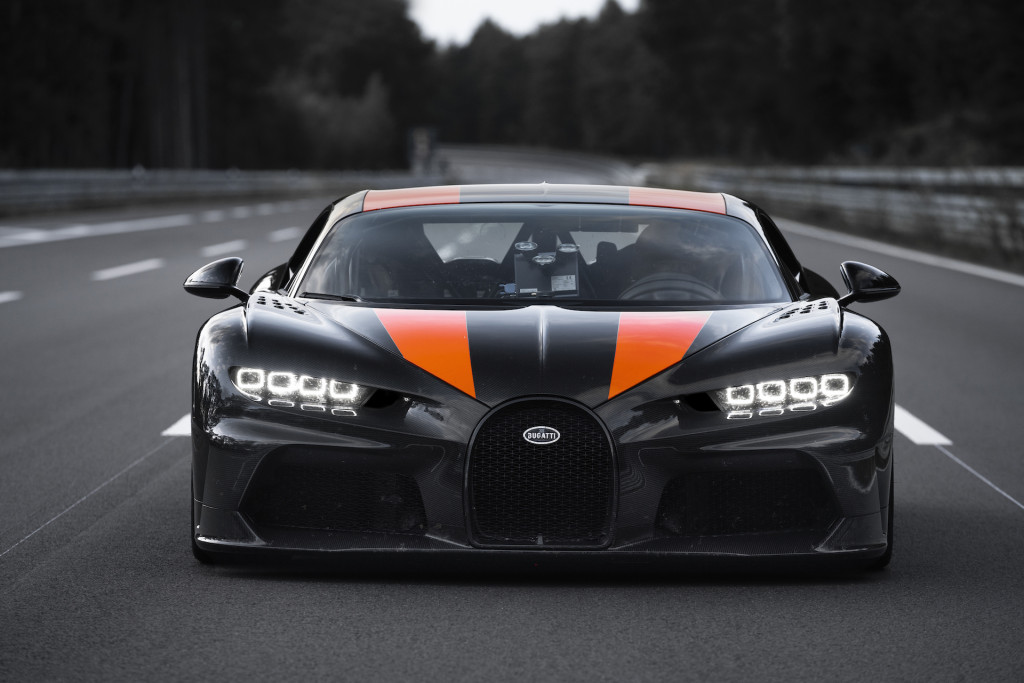 For years, Bugatti boss Stephan Winkelmann said the French automaker wasn’t interested in a Chiron top speed run and that no tire could handle such speeds. In August, Winkelmann said he was now open to a 300 mph-plus Chiron.

In August Bugatti unveiled the $8.9 million Centodieci, a Chiron variant that evokes the EB110 supercar from the ’90s. It was sold out when the cover came off.

In 2018 Hennessey told Motor Authority “Bugatti’s sandbaggin’,” with its disinterest in a 300-mph run. It appears Hennessey was right.