Spy shots leaked a little while ago, but today we got our first official look at the next BMW M2. Here’s what to expect from its spec sheet.

When those dodgy phone camera leaks first emerged online, there was uproar in every comments section. Yet again, BMW’s current design language had managed to get everyone talking, but for the wrong reasons.

Now though, in these more flattering professional photographs, it doesn’t quite seem so offensive to the eye. Sure, it’s a bit clunky in places, but overall, this wide-arched, small-grilled coupe has the sort of muscular proportions that should appeal to people like you and I.

Nevertheless, the internet is already full of debate about how the M2 looks, so let’s skip past that bit and dive into what this car’s all about underneath its controversial skin. 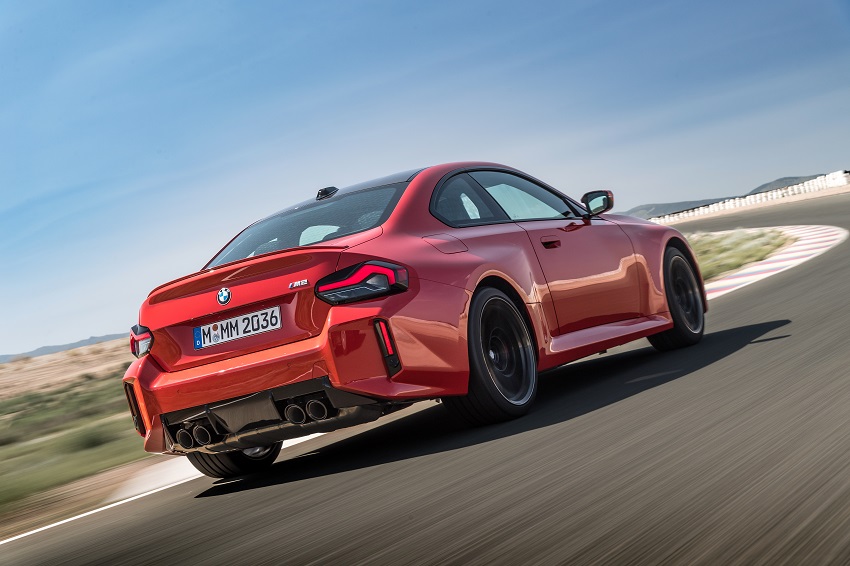 We’ll begin with the bad news. Compared to the previous BMW M2, this new one weighs more than 200kg heavier, sitting north of the 1700kg-mark. For context, a Porsche Cayman tips the scales at around 1400kg, while a Toyota GR Supra weighs only slightly more than that too. On the road, that excess heft is likely to be noticeable if you drive each of the cars back-to-back.

However, BMW appears to be trying to make up for it with more power. Under the hood of the M2, you’ll find a 3.0-litre twin-turbo straight-six; a detuned version of the one fitted in the M3 & M4. In this guise, it’ll make 460hp and 405lb ft of torque, which is 60hp more than the Cayman manages from a litre-bigger engine. Not bad…

As standard, that powertrain comes attached to an eight-speed automatic transmission, but keen drivers will be heartened to learn that a traditional six-speed manual option is available too.

If you do opt for the manual, 62mph should be achievable in just 4.3 seconds, though the auto box will get you there 0.2 seconds faster. What’s more, the top speed is usually limited to 155mph, but if you specify the car with the optional M Driver’s Package, the M2 comes supplied derestricted, raising its top speed to 177mph instead. 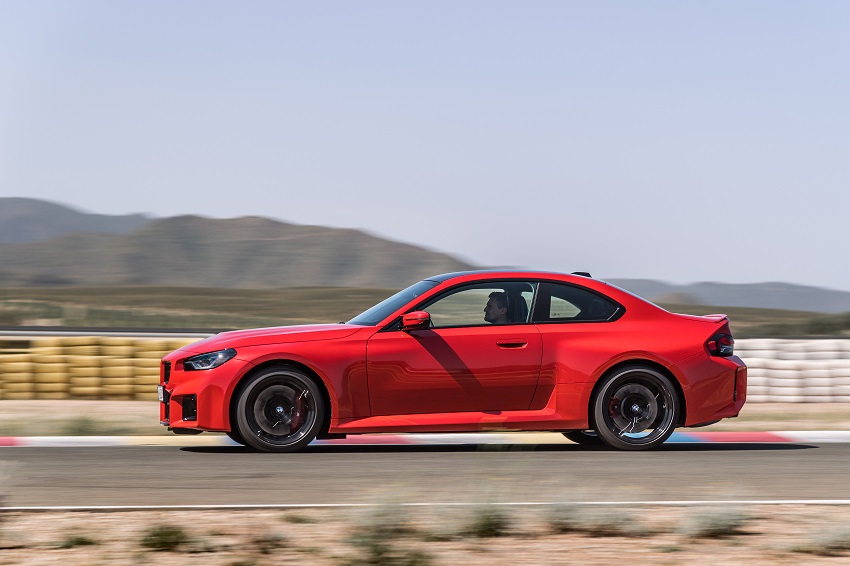 An effort has also clearly been made to make the car feel good through the corners as well as on the straights though, despite the extra baggage it’s carrying around. A well-balanced 50:50 weight distribution should work in its favour, as should the adaptive dampers. You also get 10-step adjustable traction control, which allows you to decide exactly how much you’d like the car’s rear end to be able to step out.

If you’re really intent on taking the M2 onto a circuit, the M Race Track Package might appeal. This swaps the regular seats and roof for carbon fibre alternatives, thus shaving off 17kg of weight. That might make an incremental change to your lap times, I guess. Maybe.

Anyway, pricing starts at £61,495 – around seven grand less than Porsche’s six-cylinder Cayman, but considerably more than the GR Supra. Those start at £53,495 for a 3.0-litre manual version. Some food for thought…