In 1995, Bosch launched the industry’s first electronic stability control system in the Mercedes-Benz S-Class. In the ensuing 25 years, the system has gone from a high-tech gadget for luxury cars to a mandatory feature for all cars sold in the United States. The system has saved 15,000 lives and prevented just under half a million crashes that would have involved personal injuries, Bosch claimed in a press release Tuesday.

Development of electronic stability control—which manipulates engine torque and a car’s brakes to counteract skidding—began in 1983. Looking for a way to improve stability while braking hard in corners, engineers experimented with individual wheel slip, using a modified anti-lock braking system.

Bosch continued to develop the technology through the end of the 1980s, partnering with Mercedes parent Daimler in 1992 to put stability control into production. The system debuted on the S-Class in 1995, but was initially standard equipment only on the top V-12 models. 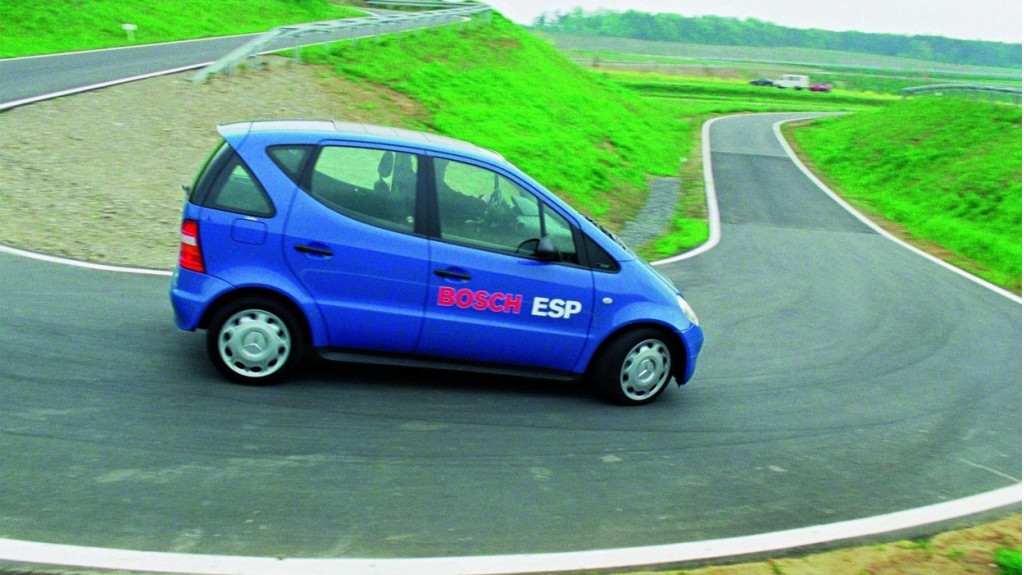 Mercedes made stability control standard across its lineup after an A-Class rolled over during the infamous “moose test,” meant to simulate an emergency maneuver to avoid a large animal in the road. Other automakers adopted stability control as well but, in the U.S., it took new regulations to achieve industry-wide use.

On April 6, 2007, the National Highway Traffic Safety Administration (NHTSA) published a final rule mandating that all light vehicles manufactured on or after Sept. 1, 2011 be equipped with stability control.

Bosch has continued to develop stability control over the years, shrinking the sensors that monitor wheel slip and yaw rate, and also developing a system for motorcycles. The company claims to have manufactured more than 250 million stability control systems to date, and they’ve all done their job in the name of safety.