Powered by the latest evolution of non-M turbo straight-six from BMW delivering massive performance, with a keen chassis and heaps of practicality, the F2x M140i is one of the best used hyper hatches money can buy.

BMW didn’t throw its hat into the hot hatch ring until 2004, with the arrival of the E8x 1 Series range and the launch of the 130i. It then decided to pretty much trounce all opposition with the F2x M135i. Hot hatches have always been a rite of passage for many younger enthusiast drivers, but in recent times fast hatches have really grown up, and when the M135i arrived in 2012, it joined the ranks of the hyper hatches.

With 320hp on tap from its turbocharged N55, it was a sports car that blew everyone away, and then, just when we thought things couldn’t get any better, BMW dropped the M140i on us. It may not really have looked any different, but, under the bonnet sat the new B58 engine, and it transformed the car and took it to the next level. Even now, six years on from its launch, it remains an incredible car, and this is unquestionably one of the best all-round used performance cars you can buy. Prices are strong, but if you want a car that effortlessly blends practicality with massive performance in one near-perfect package, getting into an M140i is worth every penny. 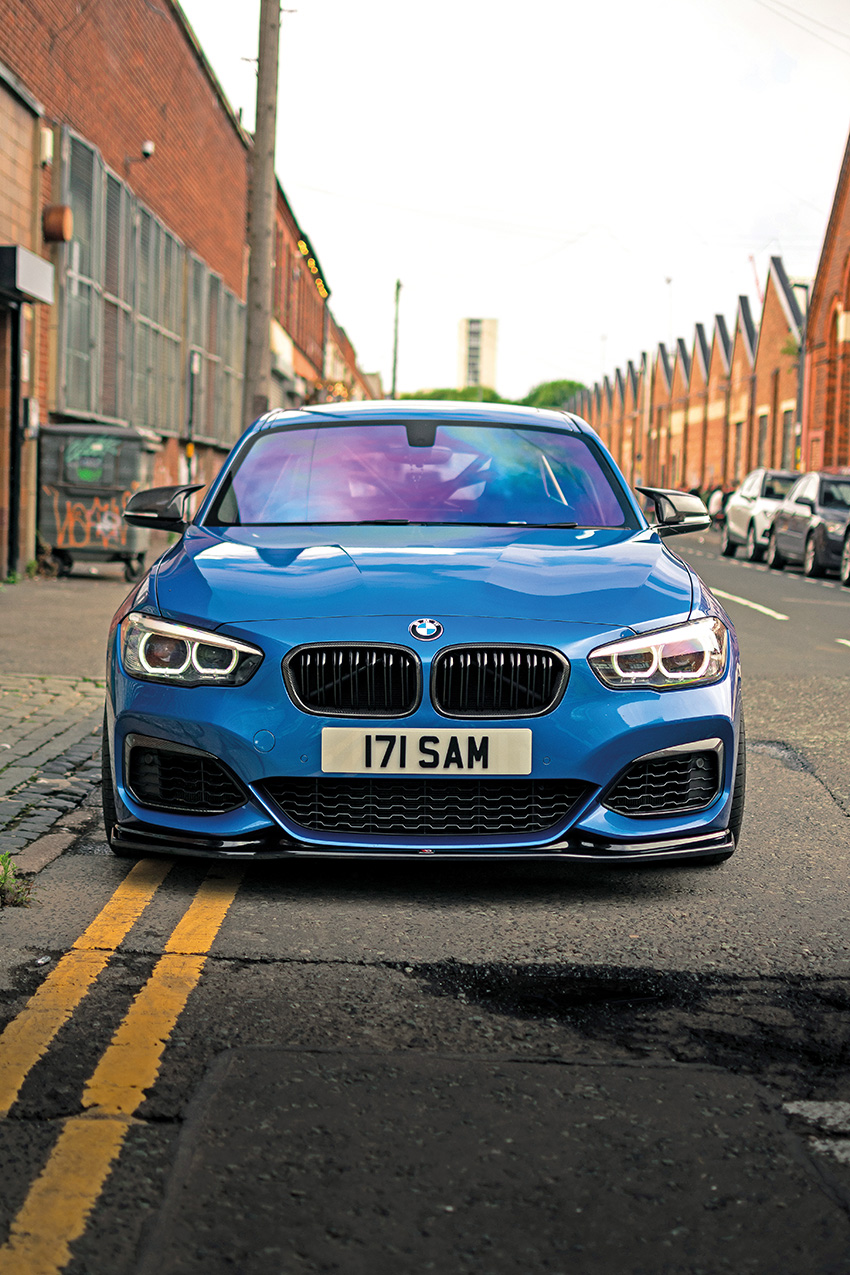 A brief history of the BMW M140i

With all M140s being LCI models, that means they received the sleeker, less fishy-looking headlights and revised rear lights and also gained some nice standard equipment, like LED headlights. There were some interior tweaks, including a revised steering wheel design and improved materials. Sat nav was now standard, and, if you specced the Pro Nav, it came with a larger screen and larger iDrive controller with a touchpad on the top. 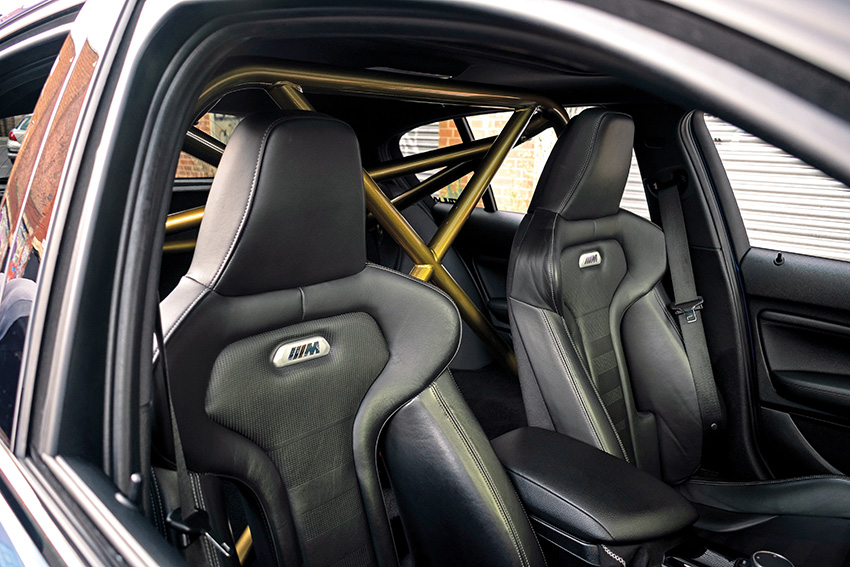 What made the M140i special, however, was the engine. Under its bonnet sat the new B58, and while this is still a 3.0-litre single-turbo straight-six, this engine features several key revisions over the N55 it replaced. First of all, it uses a closed-deck block, which means it is a stronger engine, capable of handling higher boost levels and more power.

The B58 also uses an air-to-water chargecooler setup instead of the N55’s air-to-air intercooler – this is both more efficient, and it also shortens the intake path, meaning improved throttle response. The turbo is also different in the B58, and while it’s still a twin-scroll one like that in the N55, it’s a larger unit. Finally, if you specced the auto option in the M140i, your B58 would come with the revised ZF 8HP50, still an eight-speed gearbox like before, but with improvements.

In the M140i, the B58 made 340hp and 369lb ft of torque. On paper, that might not seem like a massive improvement over the LCI M135i’s 326hp and 332lb ft outputs, but in reality, the difference was more than you could imagine. It was the torque that did it, really, and out on the road, the M140i felt outrageously quick and absolutely effortless – we remember driving it back-to-back with an N55-powered OG M2, and the M140i felt far more urgent. With the eight-speed auto on board, the M140i would go from 0-62 in just 4.6 seconds. 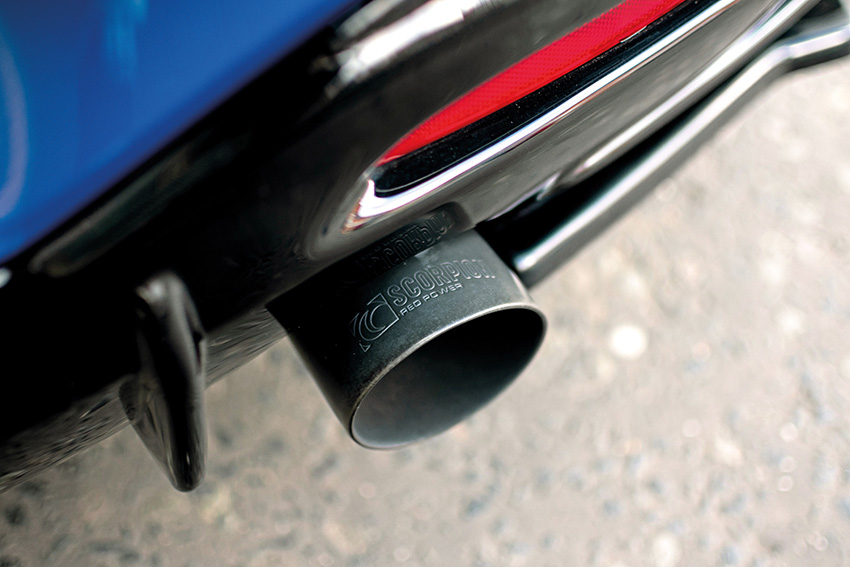 The 2017 facelift, otherwise known as LCI2, looked the same from the outside, but came with some desirable interior changes. There was a full black-panel digital-look instrument cluster, a revised centre console design, and a redesigned dash with greater driver focus. There was also a new user interface, a touch-screen display for the Pro Nav, and a raft of other minor tweaks, which all made the cabin feel that much nicer and more upmarket.

There was also the incredibly rare Championship Edition, with just 30 cars produced to celebrate BMW’s manufacturer win at the 2017 British Touring Car Championship. All were three-door models finished in Alpine white with unique decals and a rear spoiler. Inside, there were the cloth/Alcantara seats from the non-M Performance M Sport models, an Alcantara steering wheel, matt carbon trim, and it also came with the M Performance Exhaust and, crucially, a limited-slip differential for a sportier driving experience.

For us it would have to be a three-door, we just prefer the way it looks, though the five-door obviously offers more practicality. We’d also go for the auto – the manual is fine, and people will always argue that it’s more involving to drive, but the auto is quicker, more economical, and there are loads more to choose from, so it’s easier to find one with the spec you want, and as it’s the more popular ‘box it’ll also make the car easier to sell.

The revised version in the M140i is especially impressive, and it’s just an exceptional gearbox that suits the car so well. The standard spec was not great, and there are a few options we’d not go without, namely cruise control, heated seats, Pro Nav, Harman Kardon and, ideally, Adaptive suspension. The M140i is very stiffly sprung, and being able to run the car in the slightly softer Comfort suspension setting just helps to take the edge off. Seeing as the Shadow Edition came with a lot of what we’d like, we’d try and get one if our budget allowed. 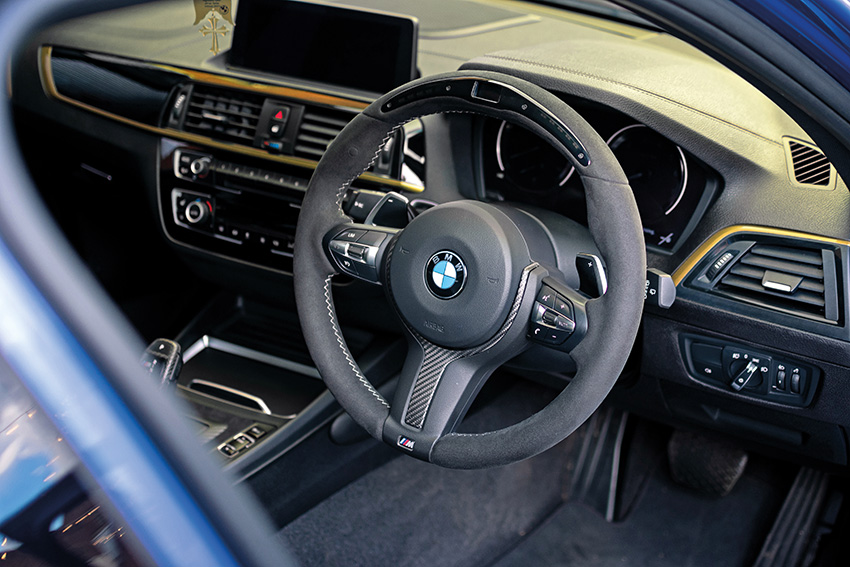 What to look out for on the BMW M140i

There are a few things to look out for, but, generally speaking, the M140i is a sensible purchase that shouldn’t cause you many issues. 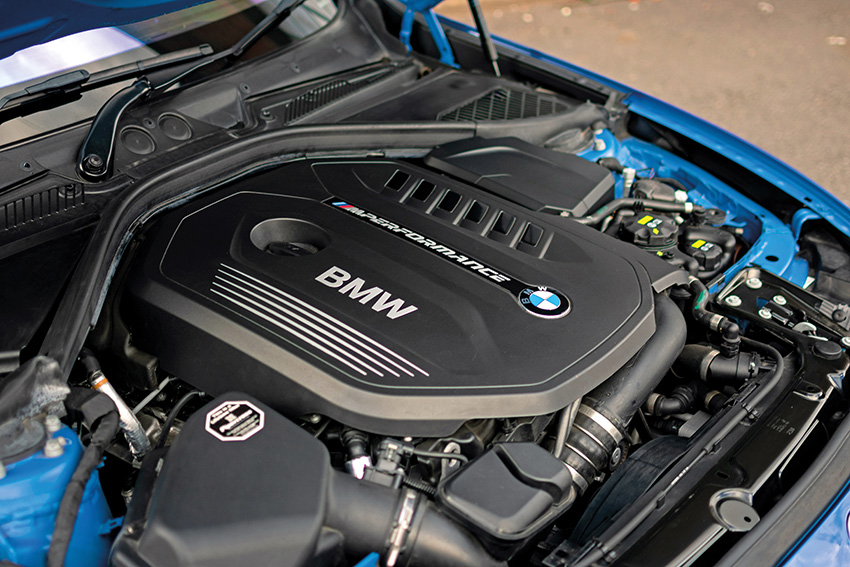 The B58 seems to lose coolant for some reason, it’s been discussed on a few forums and some online articles, and while it’s not something you should be concerned about, do just make sure you keep an eye on the coolant level. Much like the N54 and N55, the B58 suffers from valve cover gasket leaks, and the plastic valve cover is also prone to cracking and leaking over time, though this is less common. Leaks can develop from around 70,000 miles, and if the gasket is leaking, it’s worth changing the whole cover just to be on the safe side. Leaks might not be immediately obvious – if it’s bad, it can drip onto the exhaust manifold, and then you’ll get smoke and a burning smell, but otherwise, you could have oil on your spark plugs, which will be much harder to diagnose.

On the B58, the oil filter has a habit of falling apart when you try to remove it – it shears at the bottom, leaving a portion of the filter behind. If this can be removed, it’s no big deal, but if it’s really stuck in there, you’ll need a new oil filter housing. Finally, you need to be aware of potential issues with VANOS solenoids.

These have always been a BMW weak point, and while the solenoids aren’t especially expensive, on the B58 they are located at the back of the engine, next to the timing chain, which makes them hard to get to. Luckily, they’re not a common issue on the B58, though there have been some cases of owners having problems, and even more luckily, the engine doesn’t have to come out as there are special tools for the job, but it’s a pain to sort if they start playing up.

The auto gearbox wants a transmission fluid change at around 60,000 miles. The chargecooler heat exchanger is susceptible to stone damage, resulting in an £800-odd bill for a new one, so it’s worth investing in a set of guards. Cars built after December 2017 were fitted with guards as standard from the factory, and you can get these retrofitted – the parts will cost around £150 from eBay.

The hard rubber seals on the doors can rub away the paint near the top of the shut area, especially on three-door cars, and if left alone, this can lead to corrosion forming. There’s a company called Innovative Paint Protection Solutions that sells protective films pre-cut into the correct shape for these areas, and at £21 it’s not expensive for an easy fix.

The company also sells a protective film for the LCI dials, as the anti-glare layer is very easily scratched, especially when cleaning and even if using a very soft cloth, so that’s also something worth checking out. Tailgates can rattle, especially in colder weather, but some Tesa cloth tape will help get rid of the annoying noise. Steering column universal joints are known to catch or seize sometimes, and it’s usually the lower one that’s a problem – applying a little bit of 3-in-One or something similar will help.

The paint on the plastic roof trim strips can bubble up – it looks like corrosion, but it’s not, it’s just the paint coming away, and apart from being unsightly, it’s not something worth worrying about. Paint can blister on the boot lid, but this will be covered by the anti-corrosion warranty, and the black exhaust tips can corrode and look rather unsightly. 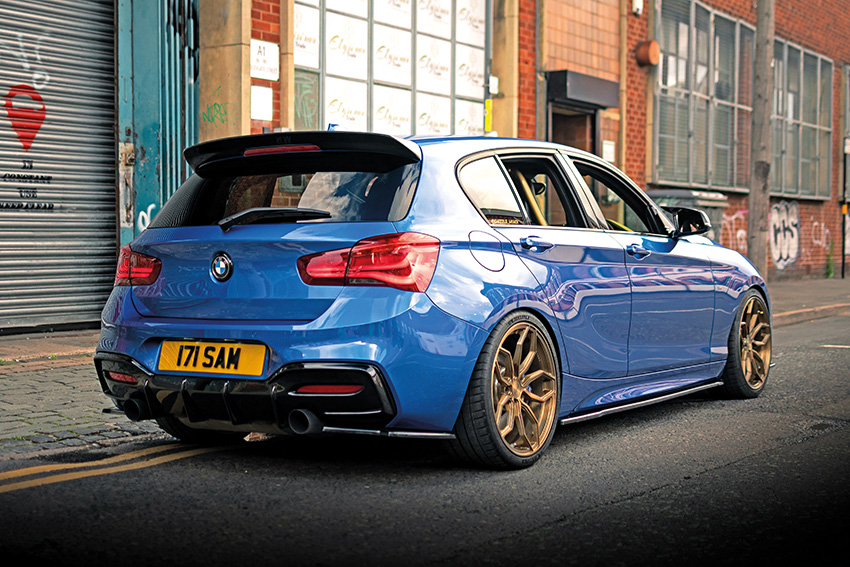 The BMW M140i is an absolutely incredible performance hatch. In stock form, it offers one of the best all-round packages you can buy in terms of value for money, practicality, sheer pace and driver enjoyment. It’s almost obscene how capable the car is. It’s also surprisingly economical, and the B58 is also proving very reliable, having dealt with most of the issues that affected the N55, while the F2x platform is also solid with little to worry about.

If you’ve got the money, and want a seriously fast car that does everything well, the ultimate all-rounder that’s as happy popping to the shops as it is attacking your favourite country roads and leaving you with a massive grin on your face, the BMW M140i is it. We can think of no reason why you wouldn’t buy one, and, honestly, at £20k, it’s one of the best used bargains imaginable.