Bentley on Monday unveiled a one-off Continental GT Speed convertible for the SagerStrong Foundation, founded by the late sportscaster Craig Sager and his wife Stacy to fund blood cancer research.

Slated to be auctioned off early next year to benefit that research, the convertible wears an eye-catching color scheme inspired by Sager’s colorful wardrobe. The flower pattern is based on an outfit he wore to the 2016 ESPY awards, one of his final public appearances, Bentley said in a press release. 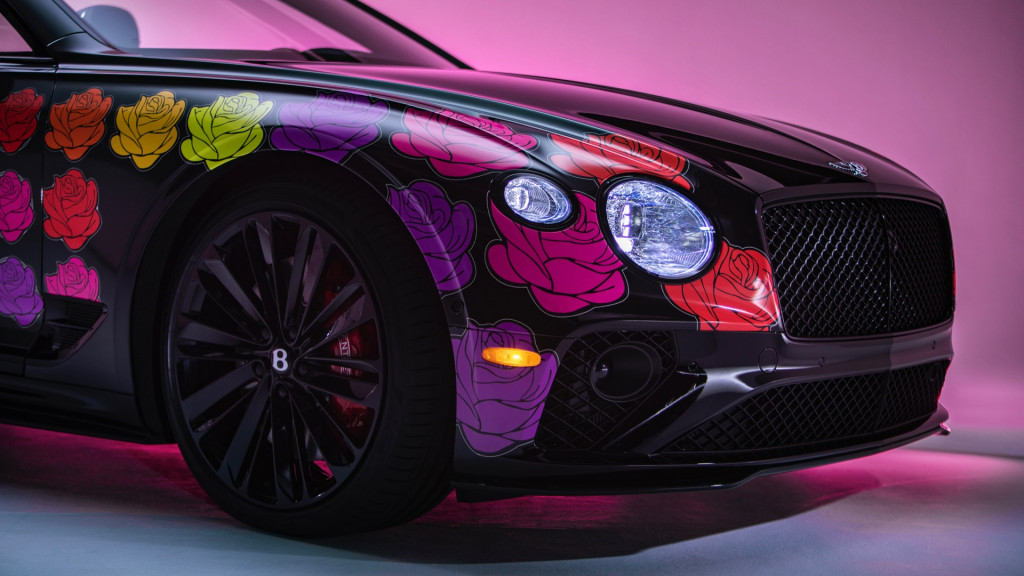 “Our interpretation of “clothing” the Continental GT Speed convertible in something Craig would have worn honors him and his vibrant, enduringly positive, and uplifting spirit,” Bentley retail marketing manager Scott Reynolds said in a statement.

Customization work was handled by Bentley’s Mulliner personalization division, which involved a lot more than replicating loud clothing patterns. In keeping with market trends toward greater personalization options, Mulliner has begun offering a wider color palette to Bentley customers that includes Heritage Paints Colors dating back to the 1930s. 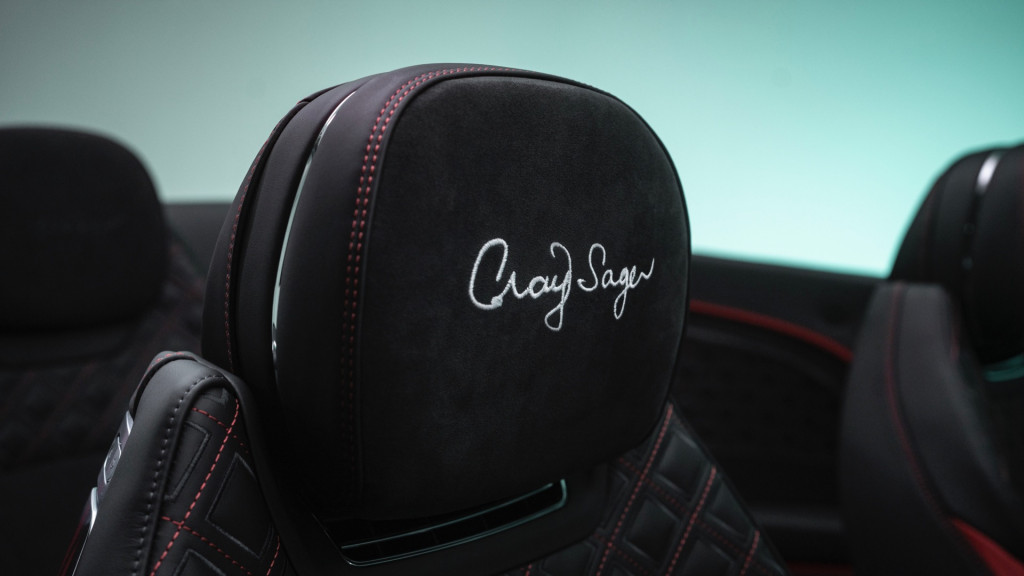 The Continental GT Speed is Bentley’s current performance flagship. Packing a 650-hp, 664 lb-ft of torque version of Bentley’s 6.0-liter twin-turbo W-12, it can hustle from 0-60 mph in 3.6 seconds in convertible form, as well as reach a top speed of 208 mph. Power is sent to the pavement through an 8-speed dual-clutch transmission and rear-biased all-wheel drive with an electronic limited-slip rear differential.

The Speed is part of a recently expanded Continental GT lineup that also includes a more luxury-orient Mulliner model, as well as Azure and GT S variants. That’s in addition to the choice of coupe or convertible body styles and the availability of a 4.0-liter twin-turbo V-8 on some models.