The rear-wheel drive Audi R8 went from a limited edition to a permanent fixture in the lineup, but it is not currently sold in the United States. That may be about to change.

EPA fuel-economy listings show the rear-wheel drive Audi R8 as a 2021 model. Listings for “2WD” versions of the 2021 R8 coupe and Spyder appear online alongside the all-wheel drive models. An EPA listing doesn’t necessarily mean a model will come but it’s a pretty good indicator.

We reached out to Audi for comment, and a spokesman declined to make a statement.

Note that this is the only indication so far that the rear-wheel drive R8 will be sold in the United States. Audi hasn’t made any announcements about the model. 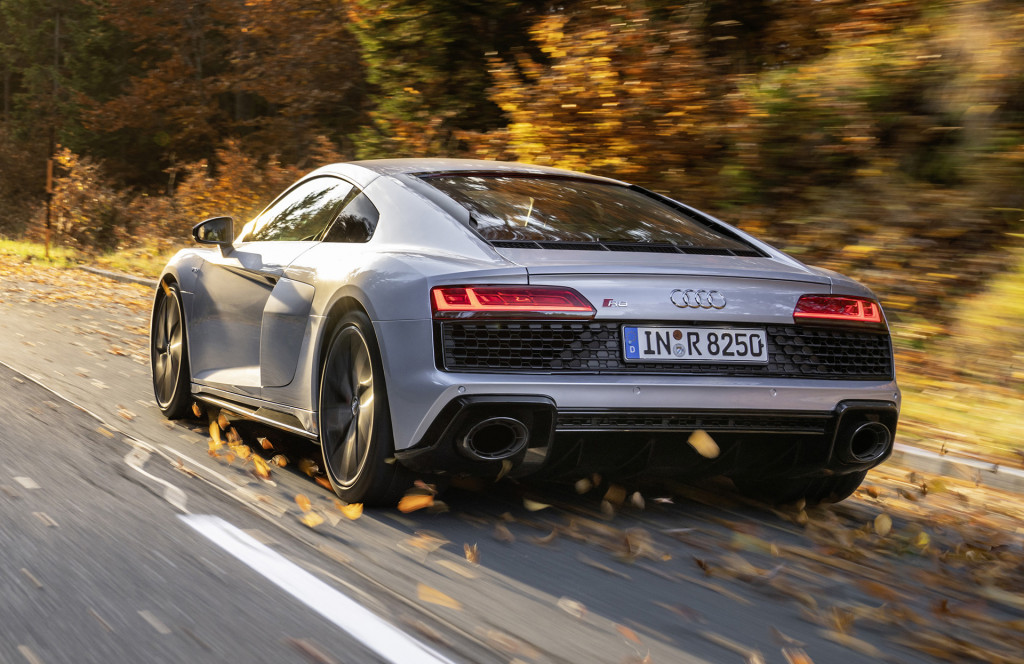 In other markets, rear-wheel drive R8 retains the all-wheel drive model’s 5.2-liter V-10 and 7-speed dual-clutch transmission, but the engine has a slightly lower output. It’s tuned to produce 532 horsepower and 298 pound-feet of torque, compared to 562 hp and 406 lb-ft for the base all-wheel drive R8.

In related news, Audi filed a trademark application for the name “R8 Green Hell” in Europe earlier this year. Referencing the Nürburgring’s famous nickname, the filing hints at plans for a possible hardcore R8 variant. However, Audi hasn’t commented on that possibility, or if it even plans to use the name. Automakers sometimes trademark names without a specific model in mind for them, as a way to secure names for possible future use.

A potential Green Hell model could serve as the swan song for the current-generation R8. Reports have indicated that Audi may replace the R8 with an electric car, or at least a vehicle with some form of electrification.