If you weren’t satisfied with 400hp from your new Audi RS3, Abt has you covered with its RS3-R package that adds in a custom carbon fibre aero package and bumps the power to 500hp.

That’s an awful lot of power for a car that could already complete the 0-62mph sprint time in just 3.8 seconds from factory, but Abt has created this package for those that weren’t quite satisfied with the tuner’s initial power bump to 460hp.

To achieve the increased performance, Abt has taken the 2022 Audi RS3 and equipped it with its Power R upgrade, a larger intercooler and the Abt Engine Control unit. As mentioned, power in the Abt RS3-R sits at 500hp, representing gains of 100hp, while also increasing the torque figure by 74lb ft to 442lb ft. 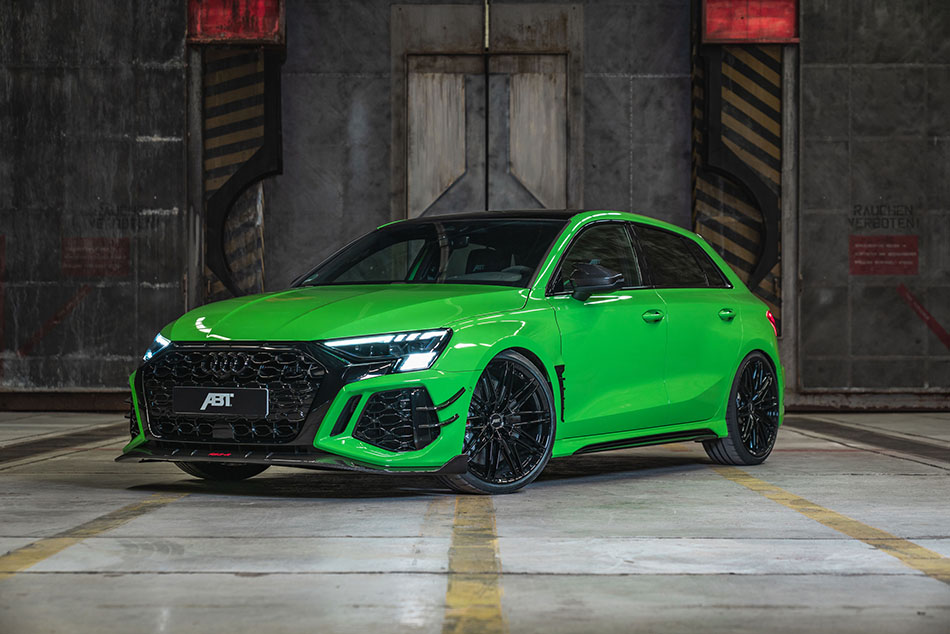 Abt reckons the result of the increase in power is an improved 0-62mph sprint time of 0.5 seconds, bringing that figure to a supercar-beating 3.3 seconds. A new electronic top speed of 186mph can be selected through Abt’s app.

Naturally, modifications from Abt do not stop there, with the tuning company also adding a new exhaust system with 95mm tailpipe tips finished in matt black stainless steel. Buyers can also get Abt suspension springs and stiffer stabilizer bars, or opt for snazzier KW V3 height adjustable suspension that can lower the car between 20 and 40mm. 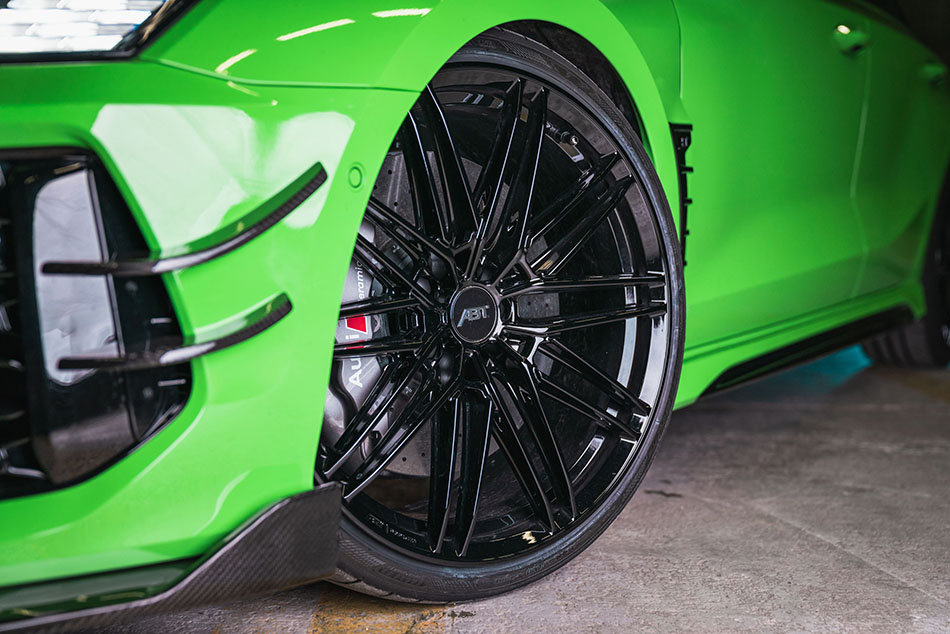 In addition to the performance advantages, the Abt RS3-R also gets a complete carbon fibre aero package, which consists of a new front lip, front flics and mirror caps as well as the rear skirt insert and rear spoiler and glossy black fender add ons. Also new are the 20-inch Abt high performance HR20 forged wheels, which are shod with Goodyear’s Eagle F1 SuperSport R tyres measuring 245/30 R20. 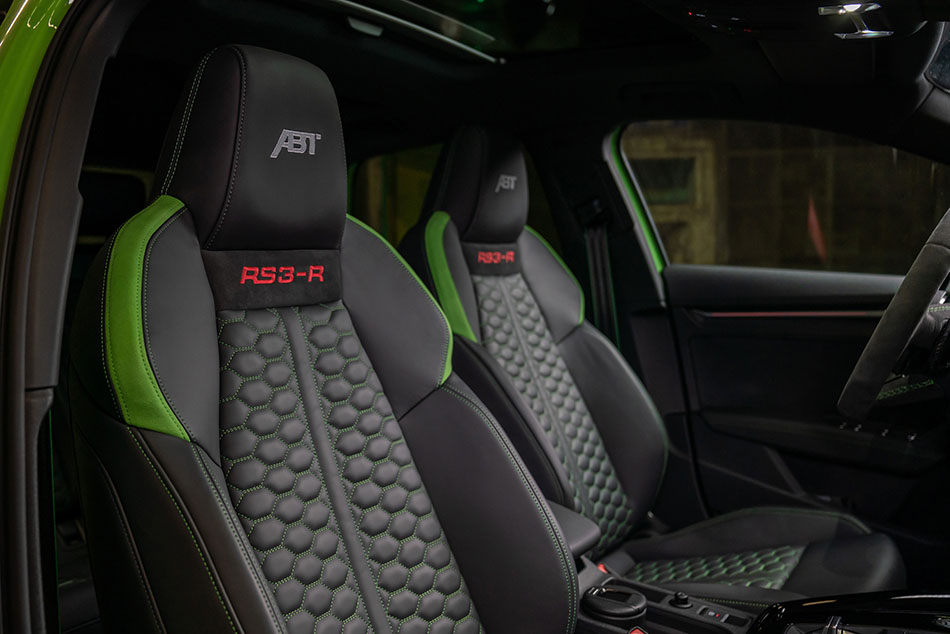 Inside of the Abt RS3-R are embossed seats and various emblems dotted about the place. Just 200 examples of the RS3-R will be made with no mention of price. But given the Audi RS3 Saloon we drove recently was the best part of £70k, don’t expect it to be cheap. 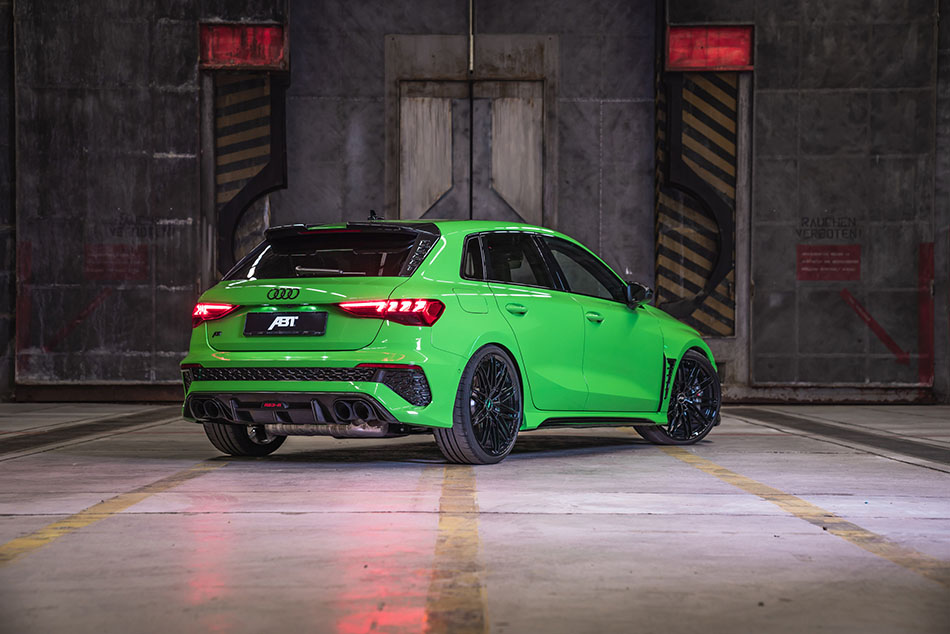