Racing drivers are fiercer athletes than many give them credit for, none more so than those with disabilities. Here’s five disabled racing drivers who have overcome great adversity to enjoy elite-level success. 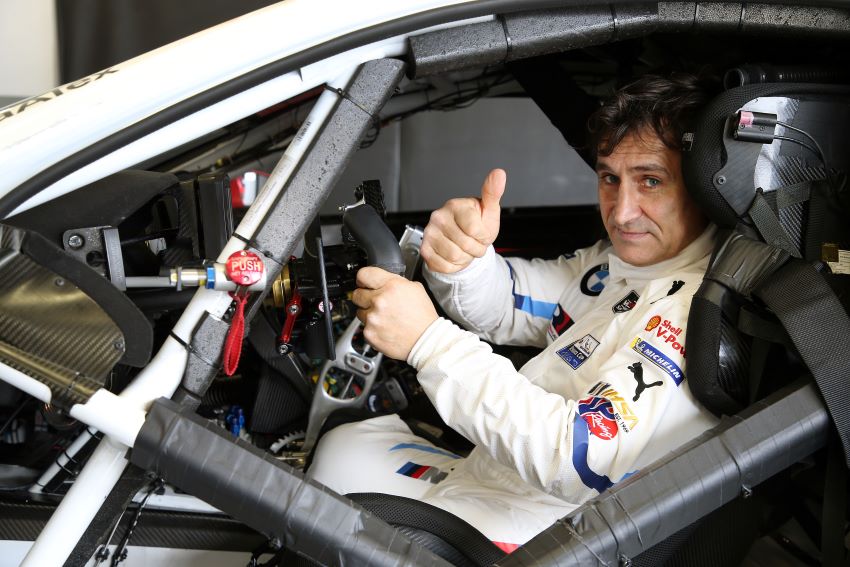 Alessandro ‘Alex’ Zanardi’s story is one of a meteoric comeback. Having started racing in the late 1980s, the talented Italian soon found himself in F3000 – effectively the equivalent back then to Formula 2. Remarkably, he won his first ever race at that level, which spurred him on to finish second overall in his debut F3000 season. F1 teams quickly came calling, leading to drives with Jordan, Minardi, and Lotus between 1991-1994.

However, when Lotus called time on their F1 program, it looked as though Zanardi’s F1 career was over too. So, he moved to America to race in CART (now known as IndyCar), where he would go on to win back-to-back titles in 1997 and 1998. His success caught the eye of Sir Frank Williams, who decided to give him a second chance in F1.

Unfortunately for Zanardi, a literally pointless 1999 campaign with Williams saw him return to the Stateside CART series at the turn of the century: a move which would turn out to be an ill-fated one.

In 2001, a horrific CART accident resulted in Zanardi losing both of his legs. After that, many drivers would understandably have hung up their helmet for good, but not this driver. Instead, with the backing of BMW, he returned to the sport after just two years of recovery. Astonishingly, Zanardi went on to achieve four outright race victories against elite able-bodied drivers in the FIA World Touring Car Championship over the next seven years.

Further outings in sports car racing followed his success in touring cars, but the cherry on the top of this incredible tale came at the 2012 Summer Paralympics. At Brands Hatch, a circuit that he had visited as a racing driver many times before, Zanardi won the gold medal for Italy in the discipline of handcycling. 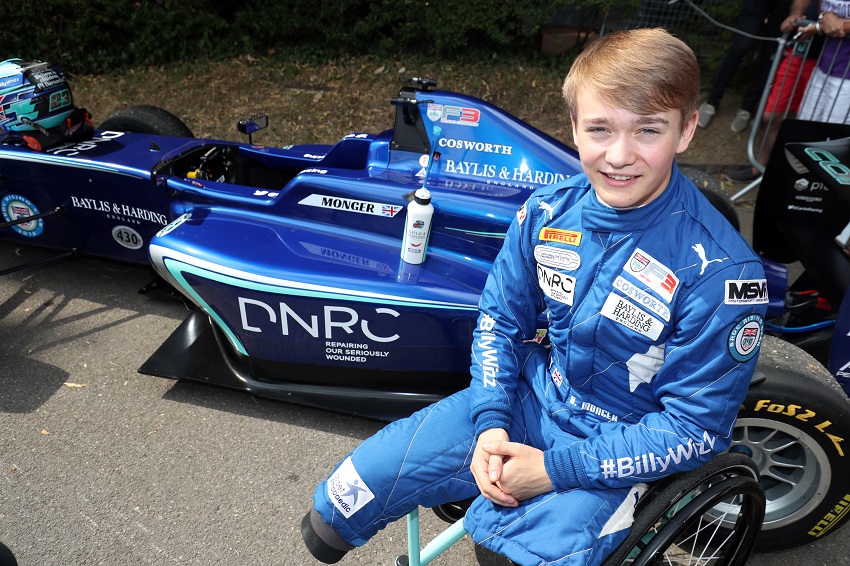 Despite his youth, most people will have heard of Billy Monger, or indeed his ‘Billy Whizz’ nickname. The young Brit had only just started out on his racing journey when tragedy struck. After a successful stint in karting, Monger joined the British Formula 4 Championship in 2016. During his debut season he took three podium finishes, which paved the way for another go at it in the following year.

Two further podiums came within the first four races of the 2017 season, but then at Donington Park, Monger’s upwards trajectory was cut short. Unsighted, he crashed into the back of Patrik Pasma’s stationary car, which had ground to a halt on the circuit due to a mechanical failure. Pasma thankfully avoided serious injury, but sadly Monger wasn’t so lucky. Three weeks before his 18th birthday, both of Monger’s legs had to be amputated.

Undeterred by this, Monger got back into a cockpit as soon as he could, and after a winter of preparation, he stepped up a level into the British Formula 3 championship. Four podium finishes in his comeback season then opened the door for an international campaign in the competitive Euroformula series, which also used F3 machinery. At the 2019 edition of the Pau Grand Prix in France, Monger completed his redemption arc by winning the race outright: a moment which remains arguably the high point of his career as a driver.

Since then, the 23-year-old has traded racing for TV, and is a regular pundit on Channel 4’s coverage of the FIA Formula 1 World Championship. It remains to be seen whether we’ll see him on the circuit again. 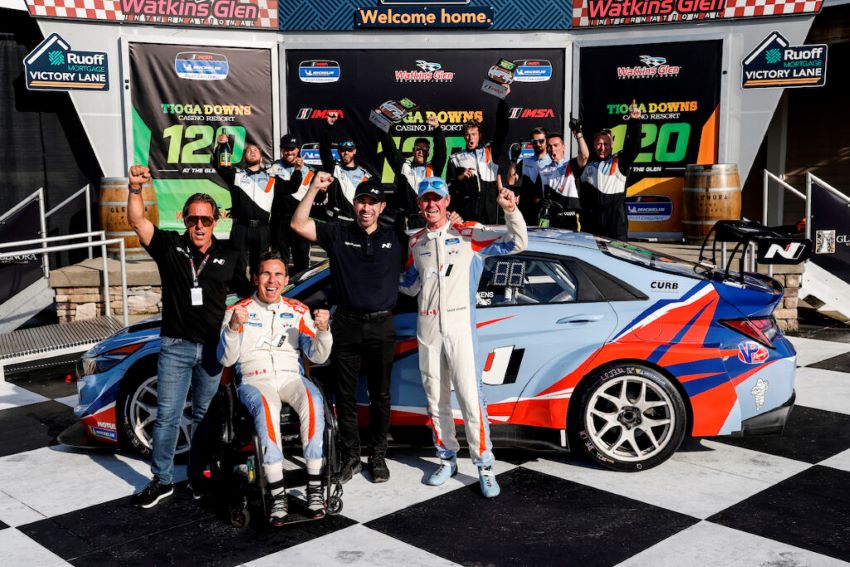 Canadian Robert Wickens was another highly rated driver in a similar mold to Alex Zanardi. A successful junior career earned him a place in the much-publicized Red Bull junior team, which opened the door to a campaign in the Formula Renault 3.5 Series. A race win in 2008 – his debut year – would eventually culminate in Wickens taking the championship title three years later, narrowly beating future F1 driver Jean-Eric Vergne in the final race.

From there, Wickens established himself in the DTM Championship – the most technologically advanced touring car series in the world. His stint in Europe with Mercedes-AMG spanned from 2012-2017, earning him six race victories and 15 podium finishes. However, after reaching a peak of 4th in the overall standings in 2016, Wickens decided that it was time to go home to North America – and that meant IndyCar.

His first campaign in the American open-wheel championship started well. He placed second at Phoenix, third at the Indianapolis prologue, and a further two podiums would follow suit. In fact, the Rookie of the Year honour was his before the season had even concluded. However, after finishing in second place at Mid-Ohio, Wickens would endure a horrendous crash during the next event at Pocono Raceway. There, his car launched over that of Ryan Hunter-Reay, catapulting it into the catchfence.

Wickens sustaied a long list of injuries, and as a result, he was left paraplegic. Intense recovery came next, but at the end of 2021, he managed to get back behind the wheel of a race car – not an open-wheel single seater, but instead a Hyundai Veloster N touring car.

In the test, Wickens managed to prove his fitness enough to land himself a full-season drive with the Hyundai-backed Bryan Herta Autosport team in 2022. Using hand controls to operate the Elantra N TCR, Wickens and his co-driver Mark Wilkins took a groundbreaking victory at Watkins Glen.

Wickens is quite clear though: this is only the start of his return. 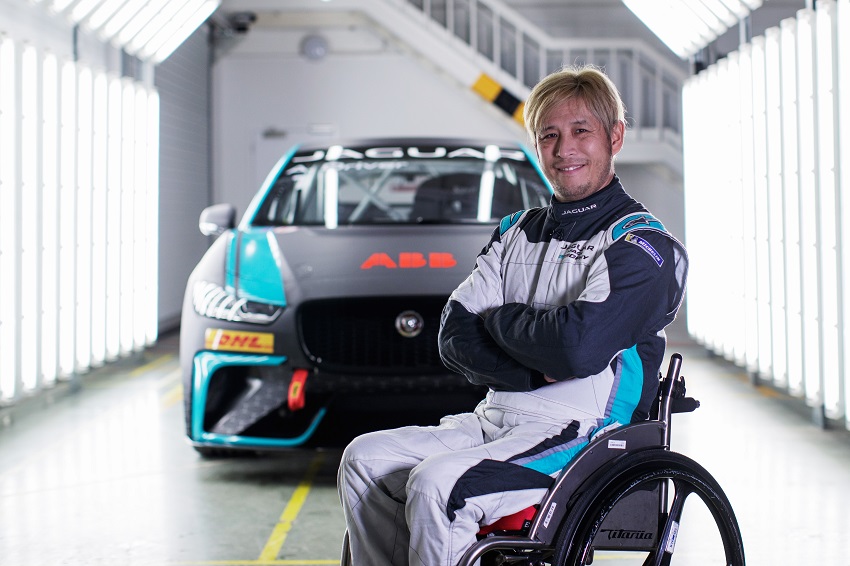 Back in the 1990s, Takuma Aoki was a championship winning superbike rider in Japan, and even won a race on the world stage. However, in 1998, following his most competitive international season to date, his motorbike bit back.

The crash left him paralyzed from the waste down, promptly putting an end to his motorcycle racing career. However, in recent times, Aoki has returned to the circuit, albeit on four wheels rather than two.

It all started in the Jaguar I-Pace eTrophy (a now-defunct support series for the FIA Formula E World Championship). Behind the wheel of the electric Jag, Aoki finished third in class on his championship debut, and would go on to end the year in 6th place in the overall standings. The entry-level touring car only seemed to whet his appetite though, as Aoki soon moved on to a new project.

Partnering up with SRT41 – a racing team headed by fellow disabled driver Frederic Sausset – Aoki embarked on training to compete at the prestigious 24 Hours of Le Mans. He was joined by Nigel Bailly, a Belgian racer who too was left paralyzed after a bike accident, and Frenchman Mathieu Lahaye. Together, the trio brought home their LMP2-class prototype in 32nd place overall. However, in a race as gruelling as Le Mans, even finishing at all is a victory in itself.

Another squad of disabled racing drivers, Team BRIT, also have their sights set on Le Mans in the next few years. To read their story, click here! 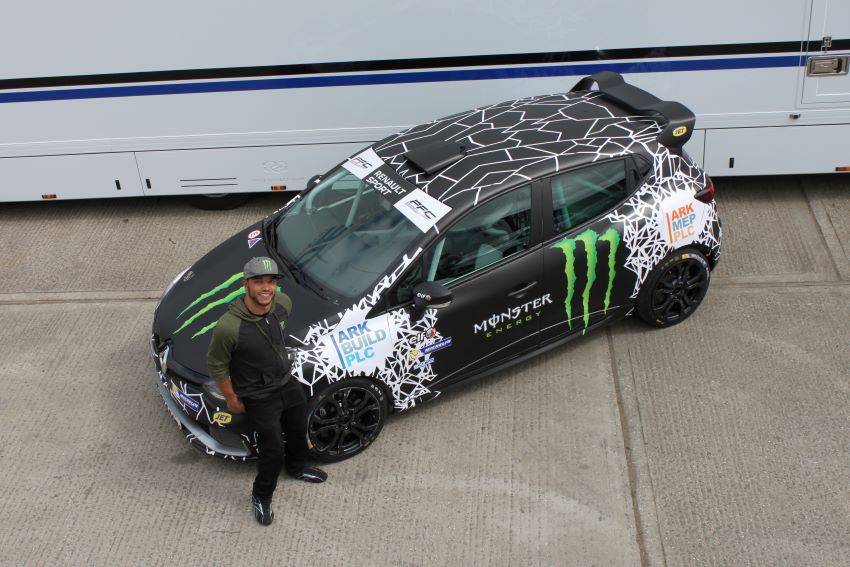 The brother of arguably the most high-profile racing driver in the world, Nicolas Hamilton has often had to fend off accusations that his career has been bankrolled by 7x F1 champion Lewis. However, such assumptions simply couldn’t be further from the truth.

Nic Hamilton has carved a racing career of his own without the help of his world-famous sibling – not because Lewis wouldn’t have offered, but because Nicolas would have refused.

That alone has been a tricky challenge, but the difficulty of the task at hand is further amplified by Nic having cerebral palsy. The condition means that he has to overcome severely restricted use of his arms and legs, which – naturally – is a major hurdle for any aspiring racing driver.

Despite this, Hamilton has quietly plugged away to work his way up the touring car ladder. The journey started in the British Renault Clio Cup, and from there he moved on to the European Touring Car Championship, racing a SEAT Leon Supercopa. Hamilton’s racing career returned to the UK in 2015 when he joined the world-renowned BTCC grid.

Pitting himself up against some of the best drivers that the British Isles has to offer, Hamilton became the first driver with cerebral palsy to ever score a point in the UK’s premier racing series. He continues to compete in the championship to this day.