The 2022 TRAX Silverstone event had a bit of something for everyone. Here’s a run-down of the key highlights. 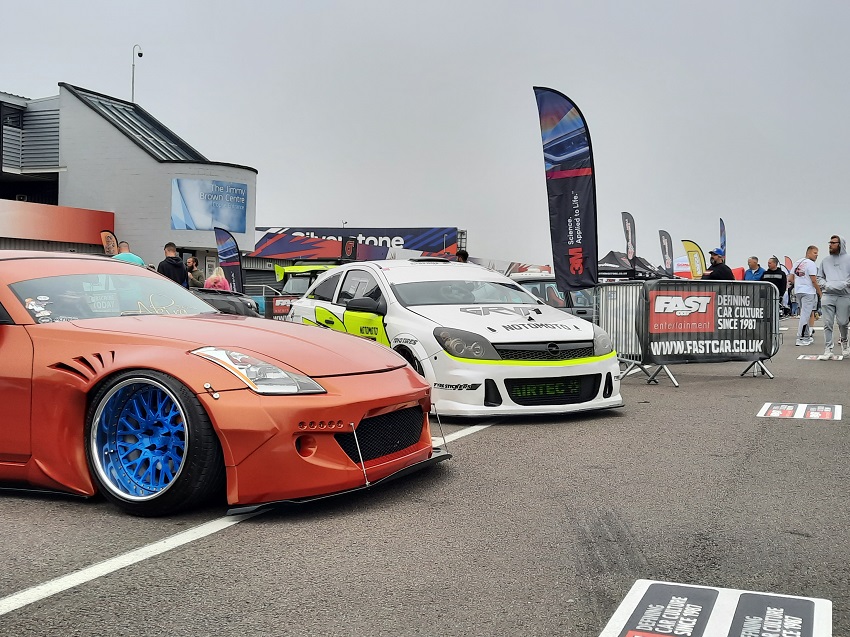 Where else to start other than our own stand? Fast Car was there in full force, with an eclectic collection of reader’s rides gracing our paddock: from stanced Jags to slammed Jukes, a pair of modified Huracans – even Baggsy’s wild Nissan Navara. On top of the world’s coolest car park, we also brought our famous Games Garage with us, where kids (and big kids!) could have a go at a giant Scalextric track or test their skills on a classic SEGA Rally arcade stand. In the pit garage next door, our friends at 3M put on a show of their own. With hundreds, if not thousands of eyes on them throughout the day, a small team of skilled technicians wrapped their very own BMW art car – live. Talk about pressure! 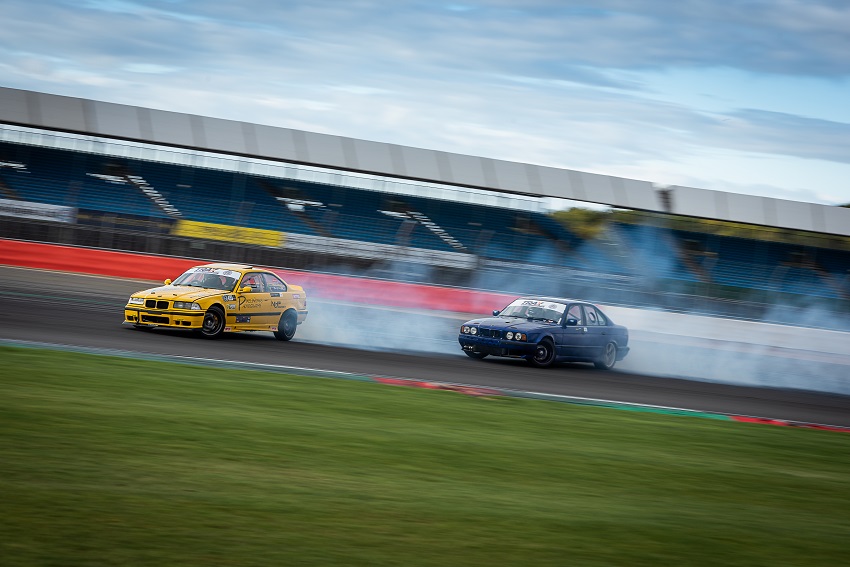 It wouldn’t be TRAX without some live displays to go alongside the static showcases. The headliners throughout the day were the daring Drift Kings – a selection of the UK’s keenest sideways specialists, equipped with state-of-the-art drift cars. In addition to their three sessions, the general public were also let loose onto the hallowed tarmac of Silverstone, ensuring a wide variety of vehicles on track to entertain the crowds. 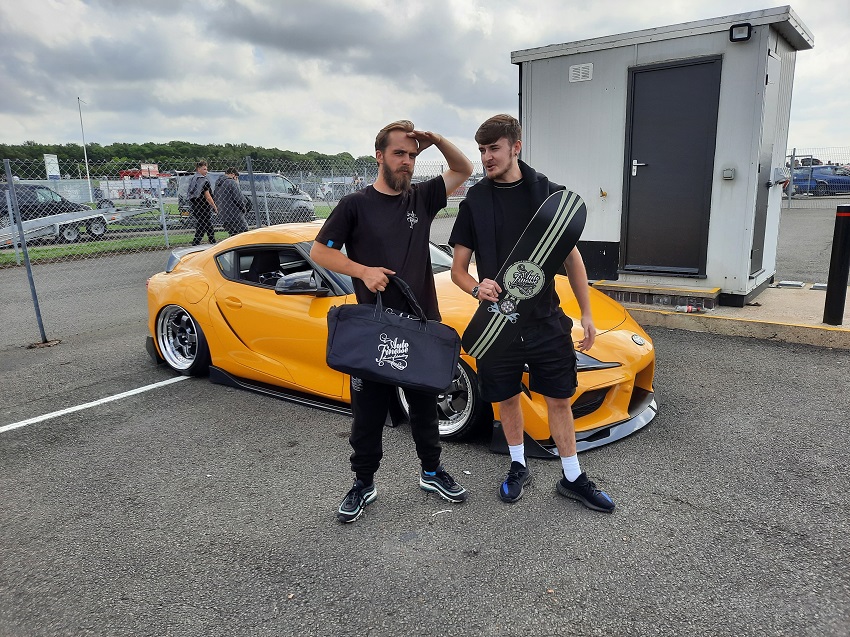 Designed to celebrate the best-detailed cars at the show, TRAX’s selection of judges narrowed it down to a top three. Damien Morley took third place thanks to the attention to detail put into his Saudi police liveried Abarth 500, meanwhile the silver medal would go to Lewis Brown and his widebody Toyota GT86. The winner’s prize, however, would head to Alex Bourne – the owner of one of the cleanest GR Supras at the show (in every sense of the word!). 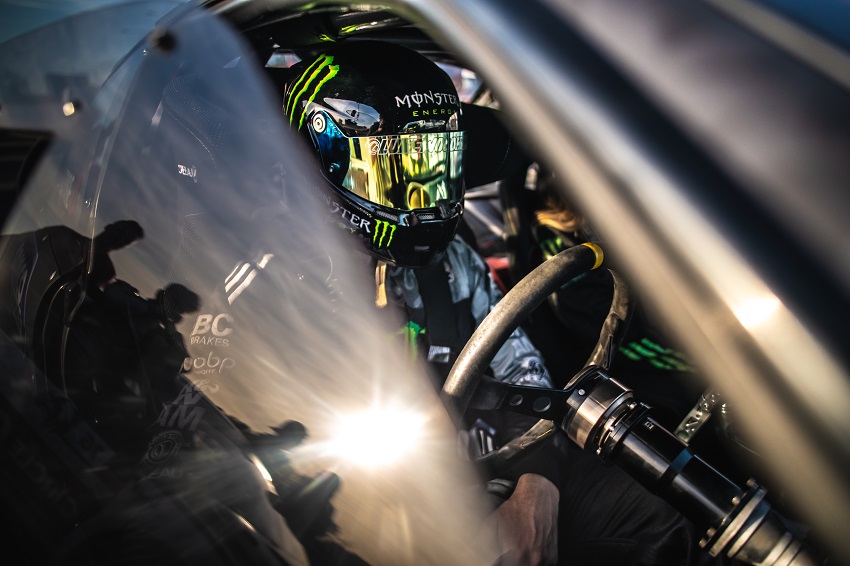 Monster Energy brought a bunch of their finest athletes and finest cars along for the party. Pro drifters Luke Woodham and Tessa Whittock were in attendance, as was British Touring Car Championship driver, Nicolas Hamilton. Not ones to miss out on the fun, the guys and gals at Monster Energy had their own dedicated track session to show the regular track day punters how it was done. 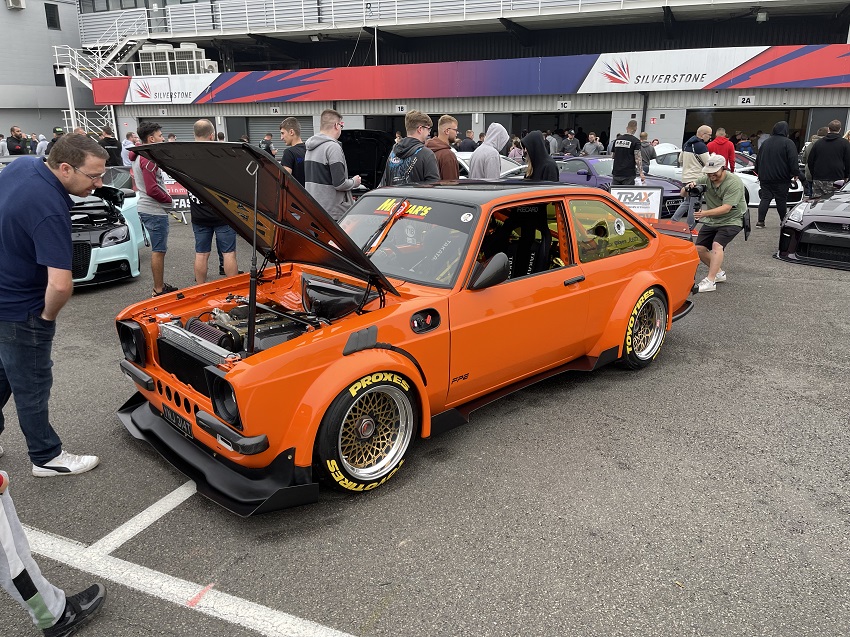 The premise of TRAX Top 10 is very simple: Find the ten best cars at the show and give them a congratulatory rosette. What wasn’t quite so simple was narrowing it down to *just* ten. Somehow though, our trusty judges managed it. Two Ford Escorts made the cut, including a track-ready Mk3, and an absolutely bonkers Mk2 known as ‘The Mexorcist’. There was a considerable Volkswagen presence too, including a stanced Mk3 Polo, super tidy Mk3 Golf, and Dan Watts’ Caddy van. Sticking with the Volkswagen Audi Group, there was a special shout-out for a HKS-liveried Octavia VRS wagon, plus an immaculate Porsche 964. Two BMWs (an F80 and an E30 convertible) made it six German cars in the top ten. Last but by no means least was the slammed Jag XJ that took up residence with us at the Fast Car stand. All of the vehicles mentioned can be viewed in the gallery below! 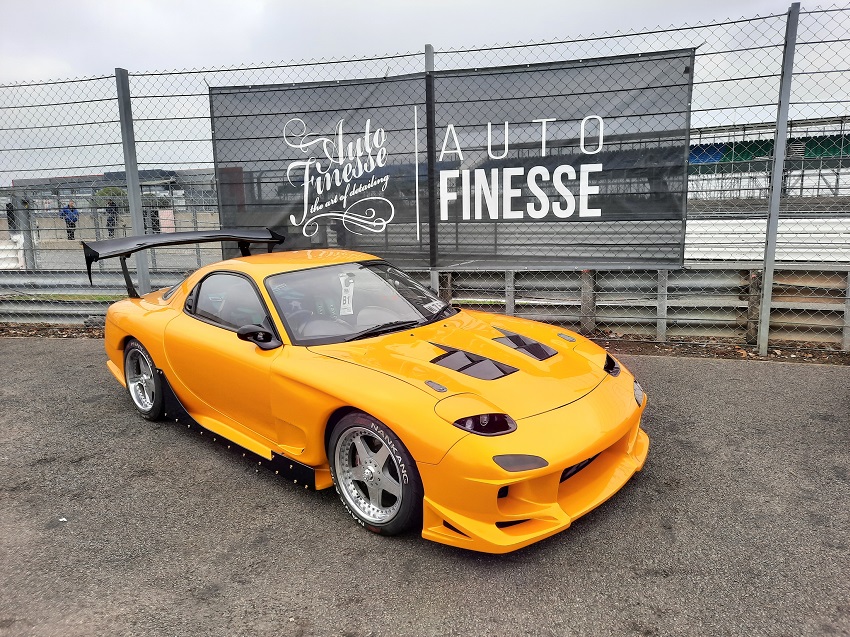 Silverstone’s scrutineering bay has now become the regular home of the Auto Finesse Academy. Designed to showcase some of the best builds in the country, and appeal to aspiring diehard detailers, the range and quality of cars on display was truly a sight to behold. If you weren’t at the show today, don’t worry – we’ve added a few into the gallery below. 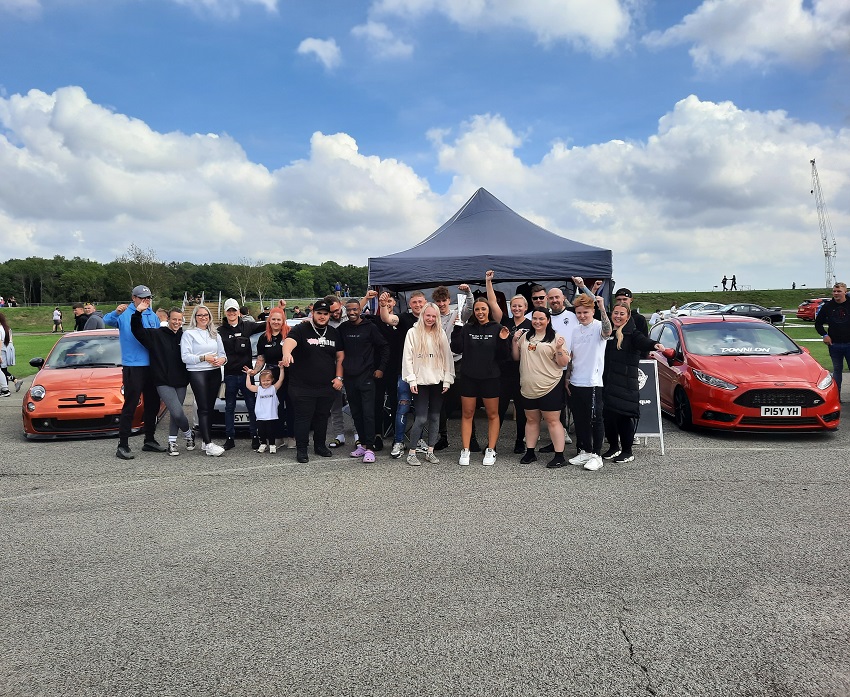 The Club Awards are another pillar of the TRAX timetable. This year, four trophies were up for grabs, the first of which being the Club Hero Award. On this occasion, eight-year-old Junaid Jamil was the standout winner. A founding member of the Love 2 Be Different car club, Junaid has raised over £1000 for charity by selling the club’s stickers, so we figured it was about time he got a reward of his own.

Next up was the Best One-Make and Best Regional club awards, which ended up reigniting the age-old Ford vs Vauxhall rivalry. Best One-Make stand went the way of the Astra J VXR Owner’s Club, while the regional honours went to the Ford-focused Northants Ovals group.

Naturally though, the biggest title of the day was the Overall Best Club award. For the second year on the trot, the accolade went the way of Downlow (in partnership with MyLoque) – a community-focused club which brought a grand total of 264 cars with them on the day!

If you joined us at TRAX 2022, we hope you enjoyed it as much as we did. If you weren’t able to make it this time, don’t worry – there’s always next year. In the meantime though, feel free to check out the gallery below.