When the mods start coming, they don’t stop coming, and before you know it, you’ve built yourself a 1000hp BMW M6.

We’ve been doing this for a long time; we’ve seen a huge number of modded BMs, and have been lucky enough to experience a few of them first hand, and one thing we’ll never tire of is huge horsepower builds. These days, power levels have been steadily rising, with manufacturers upping the ante before tuners have even got anywhere near their cars, but there is still a big difference between a fast car and a Fast car. 500, 600, 700hp – that’s fast, but once you hit the 1000hp zone, you’ve entered a completely different dimension of performance, and you have a Fast car. While some people may question the point of 1000hp cars, we are very much of the opinion that if you can, why shouldn’t you, even if you weren’t planning to. It’s fair to say that was Lee Roper-Smith’s (@roper066) approach with his F13 M6. Despite its tarmac-trembling output, it was never Lee’s intention to build himself a car with performance of such monstrous proportions, it just sort of happened, and we love that.

So, just who is the person who builds a 1000hp BMW M6 on a whim? Well, in this case, he’s a 32-year-old man in commercial waste disposal, whose first car was a 1996 Mini Cooper 35 LE, and who, until he bought this M6, wasn’t even into BMs. Hold on a second… “Yes, I wasn’t really interested in them, to be honest,” laughs Lee as we interrogate him. “I was maybe looking at an M3 or M4, but then this popped up just down the road, and when I took it for a test drive, I really needed to have it. The power and comfort of the interior sold it to me,” he grins, and it’s telling when one test drive was enough to convince him this is what he needed in his life. “I found the car where I live, in Norwich, just scrolling through Auto Trader for a birthday present for myself. It had done 40k miles, so the condition was fantastic!” Lee enthuses. Not only was this one hell of a birthday present and his first BMW, but it is also the first car he’s ever modified, so he’s pretty much smashed it on all fronts with that trio of firsts. 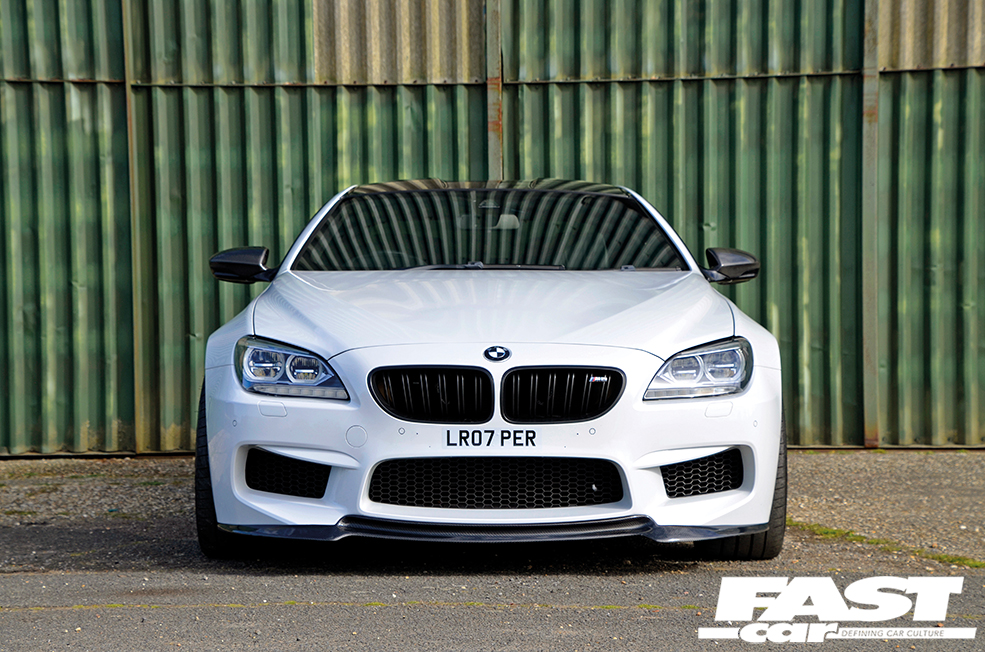 So, how does someone with zero intention of modifying a car they’ve just bought end up turning it into a 1000hp monster? Well, it turns out the Internet has a lot to answer for in the case of Lee and his M6 journey. “At first, I had no plans, and I didn’t actually touch the car for a year after buying it, but after some research and searching on YouTube, it started to sway my mind,” he chuckles. We’re not at all surprised because when you’re starting out with a car like this, and an engine like an S63 that’s just crying out for more power, it’s virtually impossible to resist, even for someone who’s never modded a car before. “I started with an Evolve Stage 1 tune, then after that, I added downpipes for some more sound. After joining the S63 group, I went all-in,” laughs Lee. Unsurprisingly, it’s Tommy Munro, owner of Velocity Tuning, that is responsible for the major modifications on this M6, and regular readers might well recognise the name, as not only was Tommy’s own 1000hp F10 M5 our January ’19 cover car, but it was also voted our 2019 Car of the Year. In F1x M5 and M6 circles, few people know more about tuning these cars than Tommy, and Lee’s M6 was in very good hands – as he says: “Velocity Tuning is the master of the M5 and M6 platform!” 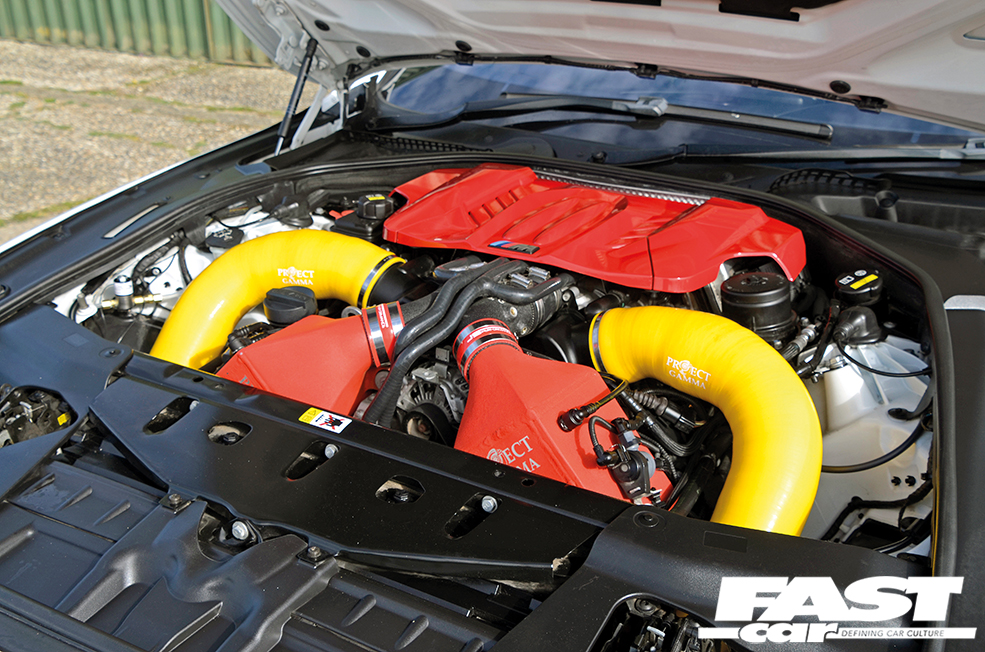 Lee’s foray into the S63 group turned out to be a rather expensive one, as it led to him hitting the M6 mods in a big way and taking his F13 from fast to Fast. At the core of the engine upgrades sit a pair of Pure Stage 2 turbos, and these have been joined by meth injection, added for its cooling properties, plus a JB4, Project Gamma intakes, charge pipes and uprated chargecoolers. The finishing touch is the mapping, undertaken by Velocity Tuning, while an SSP Spec-R clutch and a TCO clutch tune ensure the DCT gearbox doesn’t melt from the strain of all that power and torque. We’ve already thrown the numbers around, but any excuse to say them again is a good one in our book – that selection of awesome engine upgrades has resulted in 920hp on super unleaded while filling up with race fuel gets this M6 touching the magic 1000hp number. Unsurprisingly, Lee is absolutely in love with his M6’s insane power level. “The Pure Stage 2 turbos and methanol injection completely change this car, the power delivery is so intense, especially being rear-wheel-drive, so you have to be on it all the time,” he grins, and we get the feeling he likes living on the edge in his thrill-a-minute M6. 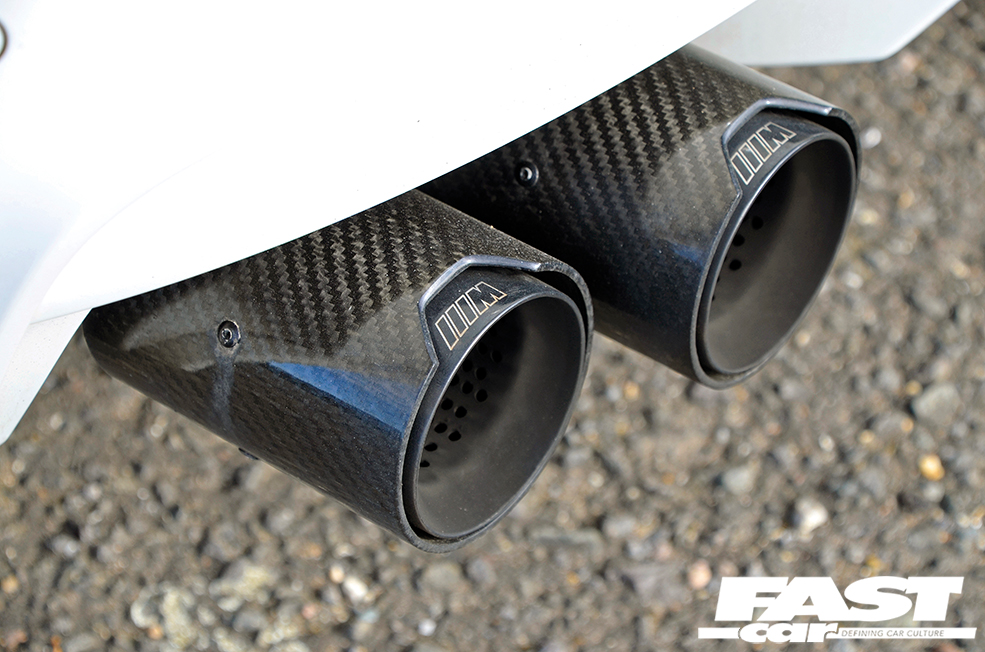 Looking at the rest of the M6, it’s clear that Lee’s focus has been firmly on the S63 – and who can blame him? For the most part, the rest of the car is almost entirely stock, but when you’ve got a base as good as the F13 M6 in the first place, it’s entirely capable of dealing with that huge power output without breaking a sweat. It’s sad that the most striking part of the whole build, the engine bay, is hidden away until Lee finds an excuse to pop the bonnet, at which point your retinas are immediately singed by the searing colour combo of the red engine cover and chargecoolers with those yellow charge pipes, and it offers up a heady contrast to the monochrome vibes of the exterior.

Black and white is definitely the theme here, and the bodywork is the perfect canvas to enhance any and all black additions that are laid upon it, and if they’re made of carbon, all the better. Stealthy matt black grilles fill out the M6’s nose, and you can see the Project Gamma intakes located behind them, there’s a carbon bonnet roundel, while the chin looks that much more chiselled thanks to the carbon splitter that Lee has added. The car’s flanks are enhanced with the addition of carbon side blades and carbon mirror caps, while at the rear sits an angular carbon boot spoiler. The rear lights have been tinted, and the finishing touches are the carbon diffuser and exhaust tips, while the stock wheels are finished in matt black and enhanced with carbon centre caps. The interior, meanwhile, is stock but matches the exterior carbon elements with its sexy carbon trim pack. 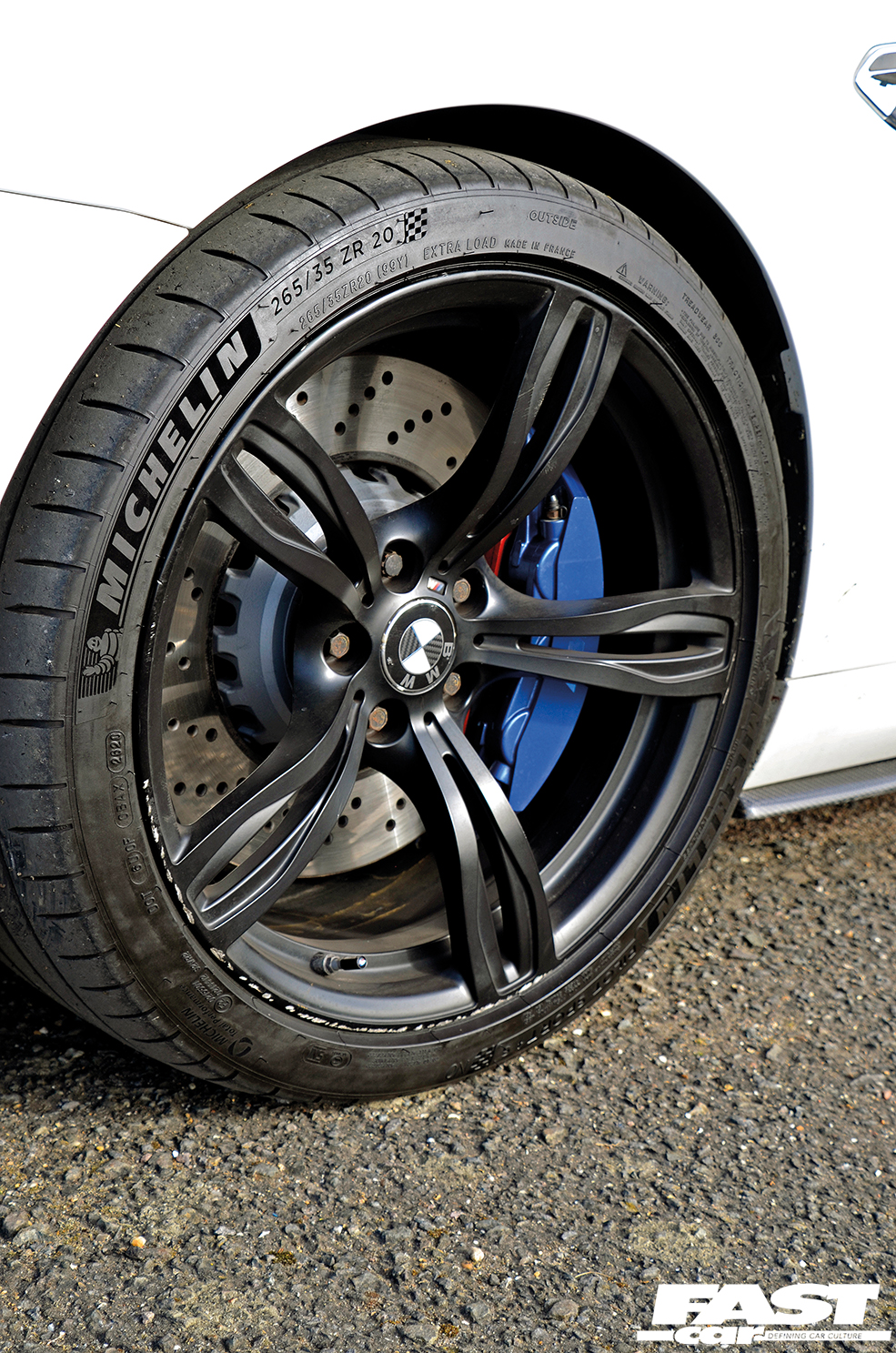 This 1000hp BMW M6 packs its punch in a refined and restrained package, the visual enhancements far more subtle than you might expect from a car producing such an extraordinary amount of power, and we personally love the combination of epic performance with understated looks. For Lee, it was all about the engine, and we can only imagine the rush he gets from driving this full-on beast of an M6. But while you might think that a man with most of the contents of his bank account now located in his car’s engine bay would be about to take things slowly (so to speak…), Lee is far from finished and has 2022 all planned out. “My future plans are to upgrade the suspension with KW V3 coilovers and Dinan anti-roll bars, and I’d also like to get the steering wheel re-done in the future. Currently, the engine is being built by Mr Vanos with forged rods, F90 pistons and F90 HPFP,” adds Lee, almost so casually it makes us do a double-take, and it’s clear that while 1000hp is a lot, it’s not quite enough… As they say, absolute power corrupts absolutely, and while Lee may have never modded a car before, once you set things in motion, stopping them is pretty much impossible… 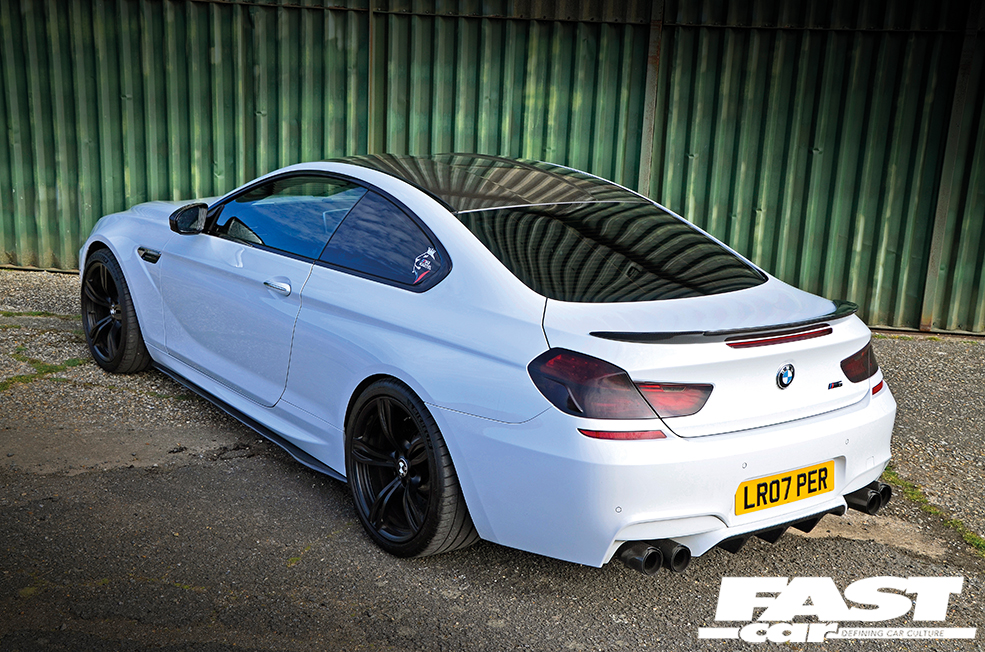